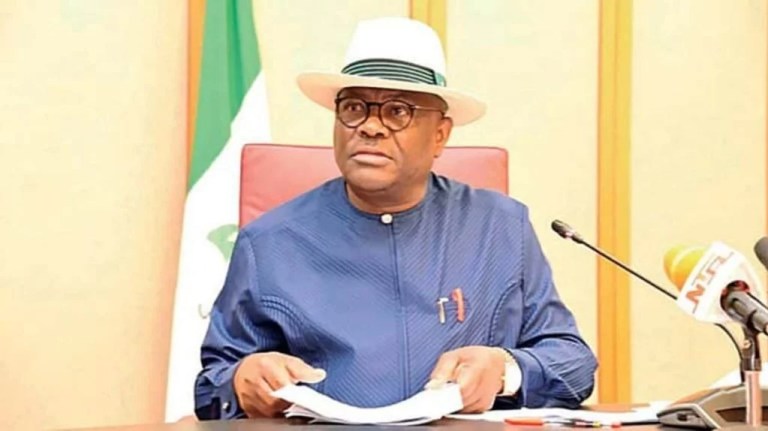 The Governor of Rivers State, Nyesom Wike on Monday, vowed to expose corruption in the Niger Delta Development Commission (NDDC).

The governor said the NDDC has become a cashcow for politicians. He said it is a shame that the NDDC superintends over the underdevelopment of the Niger Delta area and her people.

Wike spoke during the flag-off construction of the Elele internal roads in the Ikwerre Local Government Area of the state.

NDDC has become a cashcow for politicians,” he said. “The President has just inaugurated the new Board of the NDDC. N500bn budget for NDDC.

Election is coming from the 25th of February. What the politicians have done is to put pressure on the National Assembly so that they pass the N500bn budget for NDDC.”

The chieftain of the Peoples Democratic Party (PDP), however, said the people of Niger Delta do not experience the impact of the huge funds disbursed for the development of the area.

“At the end of the day, you can’t see the impact of N500bn for Niger Delta. Who are those superintending the Niger Delta? Are they not our children?” he queried.

Wike also accused the NDDC of not knowing the priorities of the people but foisting needless projects on the people.

The governor challenged the new NDDC Chairman, Lauretta Onochie to judiciously utilise the new budget of the commission for the good of the people of the Niger Delta.

“I will use this budget to test you whether you will sit with your management to allow this N500bn to be siphoned to private pockets. I will use this one to test the Chairman of NDDC, our sister, Onochie.

“Our eyes are open, this N500bn, our eyes are open. I’ve told the Attorney General to get prepared to go to court and challenge them. This one, I will expose them,” Wike said.

The administration of then-President Olusegun Obasanjo established the NDDC in 2000 to facilitate the development of the oil-rich but environmentally challenged Niger Delta area. States under the NDDC area include Abia, Akwa Ibom, Bayelsa, Cross River, Delta, Edo, Imo, Ondo and Rivers.

The NDDC is supervised by the Federal Ministry of Niger Delta Affairs but the NDDC has been enmeshed in corruption and grand malfeasance, requiring that a forensic audit of the commission be carried out from 2001 to 2019.