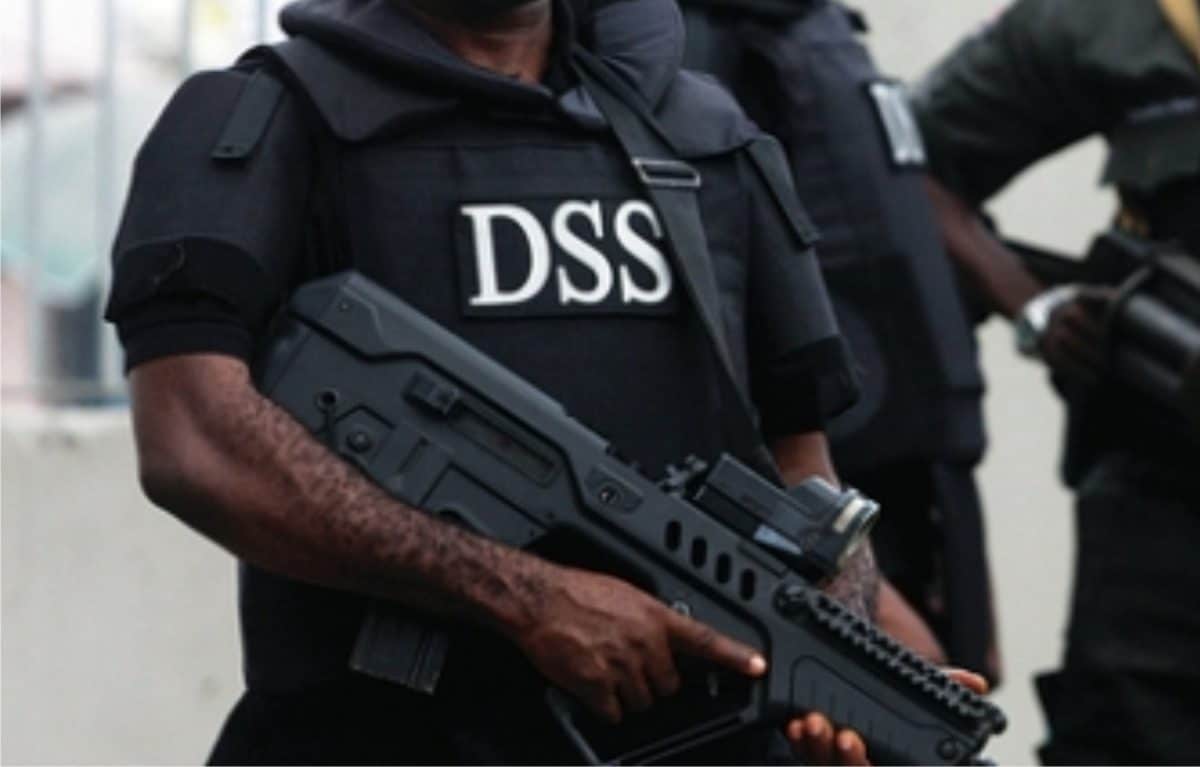 The Department of State Services (DSS) has said it is not in court with Prof Mahmood Yakubu, Chairman of the Independent National Electoral Commission (INEC).

Peter Afunanya, spokesman of the secret police, said this while reacting to reports on the order of a Federal Capital Territory (FCT) High Court which restrained security agencies, including DSS, from arresting Yakubu.
Justice M. A. Hassan, on Wednesday, refused the application seeking to remove INEC chairman from office over alleged false asset declaration.

The judge held that Prof Yakubu’s asset declaration was lawful, valid and in compliance with the law.
The ruling followed an originating summons marked FCT/HC/GAR/CV/47/2022 by Somadina Uzoabaka against the Attorney General of the Federation and Prof. Yakubu, seeking among others things, an order of mandatory injunction directing and compelling the INEC chairman to recuse himself from office pending the investigation and consideration of the various allegations against him by the various law enforcement agencies.

In his reaction, Afunanya said it was important to clarify that the DSS has no court case against INEC Chairman.
The statement read, “The attention of the Department of State Services (DSS) has been drawn to a 5th January, 2023 online publication by the Daily Trust in which it reported that “Court Stops DSS from Arresting INEC Chairman”.

“This statement, however, becomes important to guide public understanding and perception, especially that the said report is misleading. It falsely left an impression that the Service went to Court against the INEC Chairman.
“Nonetheless, the Service is aware of the antics of some mischievous elements who are desirous of fomenting crisis in the country, including creating unnecessary controversies around the forthcoming general elections.

“One of their strategies is to subvert the efforts of the Service in ensuring peaceful coexistence and harmony.
“Another is a determination to overheat the polity and subtly exploit the judiciary to distract or even undermine not only the Service but other security and law enforcement agencies from undertaking their constitutional roles.

“The DSS, therefore, warns these individuals and groups to desist from their devious plans. It also advises all critical stakeholders to be vigilant and resist attempts to use them to thwart the law.
“While assuring Nigerians and the International Community of the Service’s commitment to the maintenance of law and order, including an accomplishment of a free and fair 2023 election as already pledged by President and Commander-in-Chief, the Service urges all and sundry to join in the pursuit of national stability and unity.”