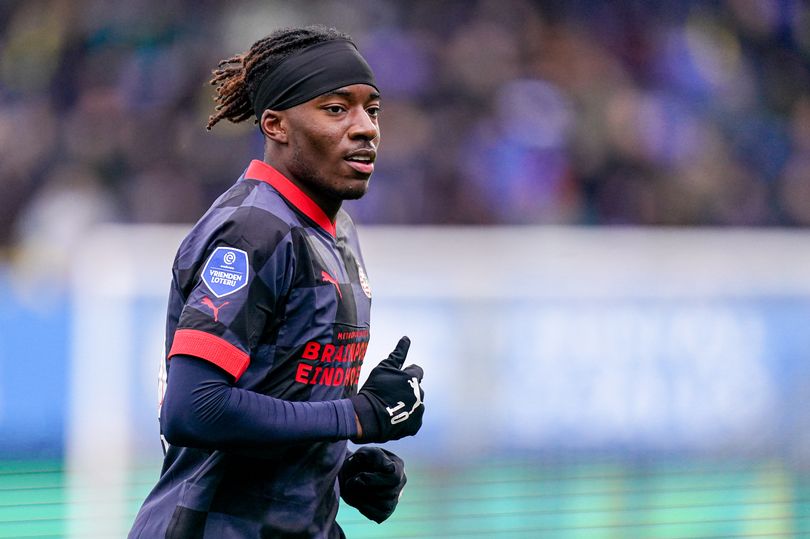 Chelsea has announced the arrival of Noni Madueke from PSV in a £29 million deal.

Madueke becomes the Blues’ sixth January signing and takes their spending to £190.2m.
The 20-year-old has put pen to paper on a seven-and-a-half-year contract, with an option to extend for a further year.

The England youth international has previously played in England for Crystal Palace and Tottenham.
Madueke leaves PSV after four-and-a-half-years during which he scored 21 goals in 77 appearances.

Chelsea continues to be busy in the January window, after completing deals for Mykhailo Mudryk, David Fofana, Andrey Santos and Benoit Badiashile, plus the loan signing of Joao Felix.

“I’m really pleased to sign with one of the best clubs in the world.
“To return to England and play in the Premier League is a dream for me and my family and I can’t wait to get started,” Madueke told the club’s official website.