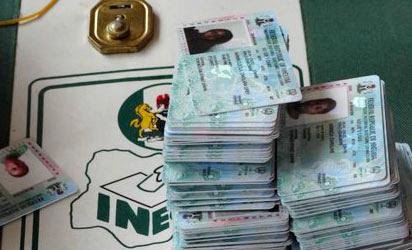 Ahead of the Feb. 25 presidential election, the Labour Party (LP) has raised alarm over the slow distribution of Permanent Voter Cards (PVCs) by the Independent National Electoral Commission (INEC).

The party is insisting that the electoral body must immediately and speedily deliver PVCs to Nigerians to enable them to vote in the forthcoming general polls.

Dr Yunusa Tanko, the chief spokesperson of the Labour Party Presidential Campaign Committee (LP-PCC) raised the concern on Wednesday at a media briefing in Enugu.

He expressed concern that the electoral body had less than two weeks to deliver the PVCs, pointing out that INEC appeared to be unconcerned about the date.

He wondered how INEC would be able to meet up with the deadline to ensure that Nigerians got their PVCs within the stipulated period.

“INEC has less than two weeks to deliver PVCs to Nigerians and the reports we are receiving nationwide about the ineptitude of its staff is disheartening and frustrating most PVC collectors.

“We have received reports from all the geopolitical zones in Nigeria and the messages are all the same, people complaining of the snail pace at which the PVCs are being distributed,“ Tanko said.

He said people had less than two weeks to collect their PVCs.

“What kind of miracle is INEC going to perform that will ensure Nigerians get their PVCs within this short period if there’s no sinister motive underneath,” the Labour PCC spokesman asked.