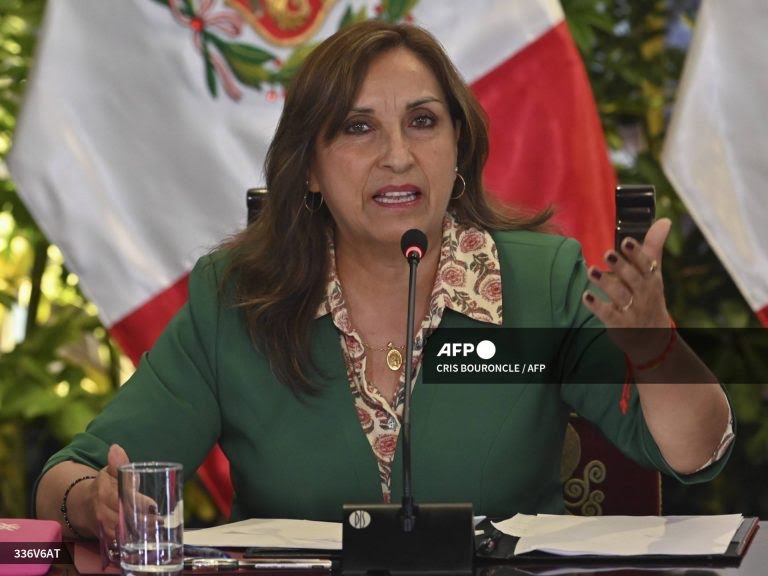 Peruvian President, Dina Boluarte, has insisted she will not step down, after another day of protests and roadblocks across the country saw calls for her resignation and the arrest of a trade union leader with alleged links to Maoist rebels.

Supporters of ousted president Pedro Castillo have marched and barricaded streets throughout the South American country since December, demanding new elections and the removal of Boluarte.

“Some voices that have come from the violent and radical factions are asking for my resignation, provoking the population into chaos, disorder and destruction,” Boluarte said in an address on state TV Friday night.

“I will not resign. My commitment is with Peru,” she added.

Boluarte lamented that the protests have at times turned violent, as at least 42 people have been killed in clashes with security forces, including a police officer burned alive in a vehicle. Hundreds more have been injured.

“I cannot stop reiterating my regret for the deaths of Peruvians in these protests. I apologise for this situation,” she said.

But she rejected the possibility of calling a constitutional assembly as demanded by protestors, pointing to the difficulties Peru’s neighbor Chile has had in drafting and approving a new constitution.

Earlier on Friday – the tenth consecutive day of unrest, after a new-year lull – police announced the arrest of Rocio Leandro, a union leader from the Ayacucho region.

Leandro, who has alleged links to Maoist rebels, is accused of financing protests and recruiting demonstrators.

Police spokesman Oscar Arriola claimed his arrest proved that remnants of the Shining Path Maoist rebels were involved in the protests.

He said Leandro was a former Shining Path member known as “Comrade Cusi.”