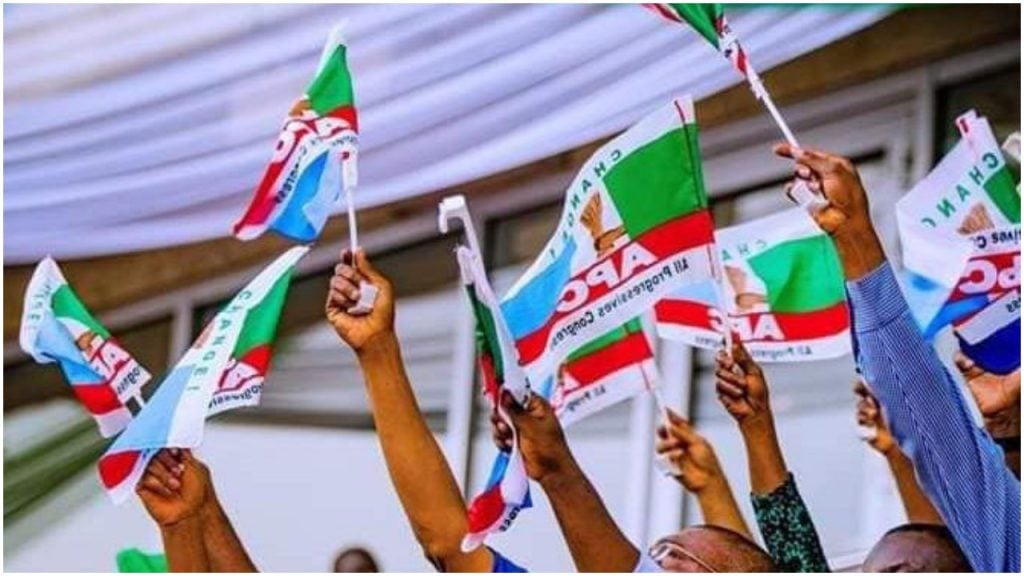 Calmness appears to have begun to return to the Taraba State chapter of the All Progressive Congress (APC), as the party leadership have unanimously agreed on a new date for the party’s presidential rally in the state.

Due to the skirmishes in the party, the presidential rally earlier slated for the 20th of this month was postponed indefinitely.
The postponement, which was not the first, NEWSUPDATES247 reports, almost tore the leadership of the party apart.

The leadership of the party, who on Friday announced the 26th of this month as the day set aside for the rally, urged the party faithful to “disregard any information that may not promote unity and progress of the party.”
In a statement made available to journalists on Friday night in Jalingo, the Tinubu/Shettima Presidential Campaign Council said, ” it has rescheduled the Taraba State Presidential and gubernatorial campaign rally for the 26th of this month.”

Signed by the party’s image maker, Aaron Artimas, they urged the party’s members to intensify efforts toward making the event a success.
“All previous arrangements towards a successful hosting of the event are to be intensified.

By this development, all APC members and supporters are advised to disregard any information that may not promote the unity and progress of our party.”
A chieftain of the party told NEWSUPDATES247 that he is optimistic that before the said date all the litigations surrounding the party’s governorship tussle, will be laid to rest by the Apex court.

At the time of filing this report, suits challenging the emergence of the incumbent Senator representing Taraba South, Emmanuel Bwacha, as the party’s guber candidate for the forthcoming election is still pending in the Supreme court.