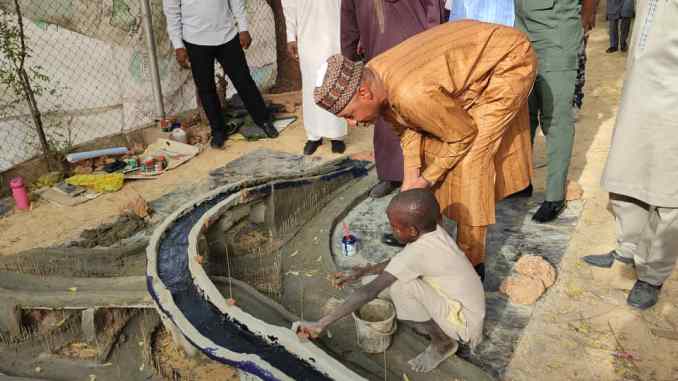 A cheque of N5m approved by Borno State Governor, Professor Babagana Umara Zulum has been presented to a private school to fund a scholarship for Musa Sani, a 13-year old talented Borno kid, who used mud to replicate the state’s first flyover around the customs round-about in Maiduguri.

The payment was made to Golden Olive Academy, Maiduguri, to cater for Musa’s education from primary four to the completion of Senior Secondary School.

Musa was born into a less privileged family, living around Gwange area in Maiduguri.
He was a primary three pupil at a Community school in Gwange.

Musa recently caught Zulum’s attention when he used mud to design a flyover that was commissioned by President Muhammadu Buhari in Maiduguri, back in December. 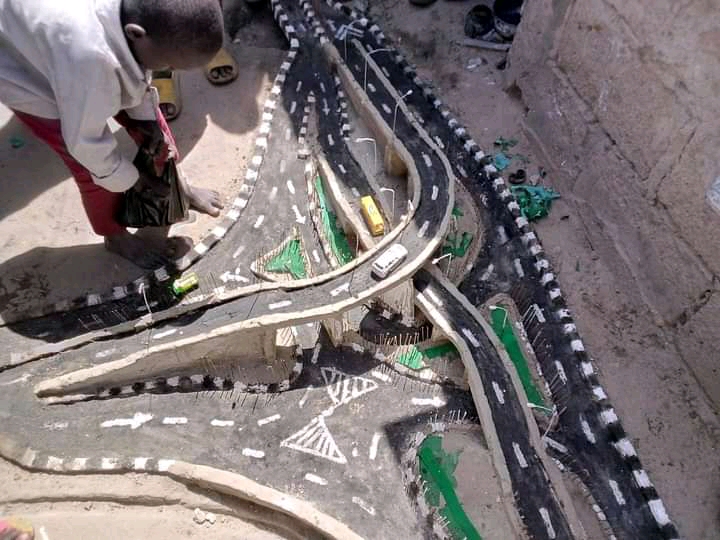 A replicate of the Borno State’s first flyover around the customs round-about in Maiduguri which was designed the Musa Sani. 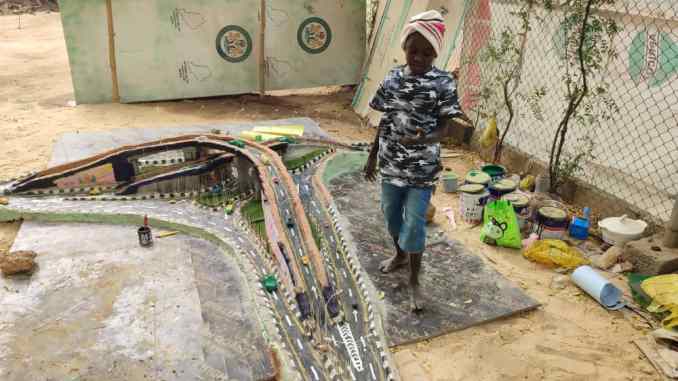 A replicate of the Borno State’s first flyover around the customs round-about in Maiduguri which was designed the Musa Sani.

Governor Zulum was amazed by the kid’s brilliance. He met his family and offered to approve scholarship for him, to harness his talents. 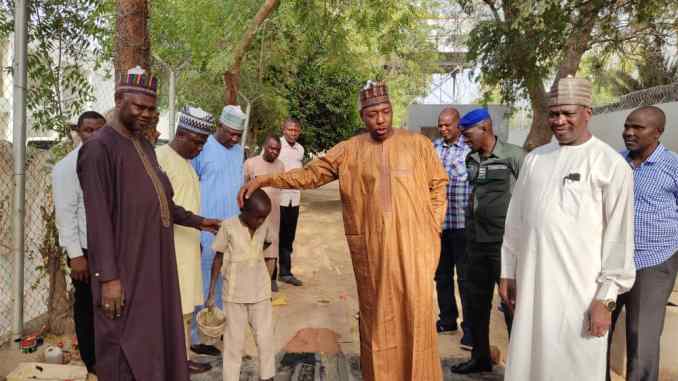 Governor Zulum was amazed by the kid’s brilliance 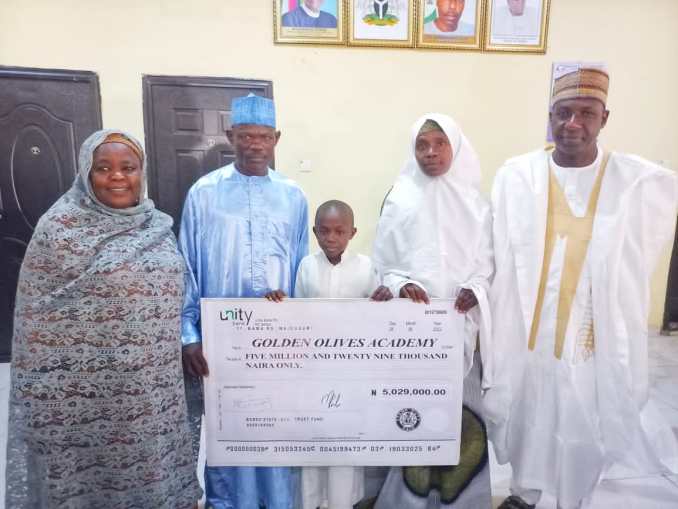 Chairperson of Borno State ETF, Prof. Hauwa Biu, presented a cheque of five million and twenty nine thousand naira (N5,029,000), with the fund already paid to a private school at which Musa is now schooling. 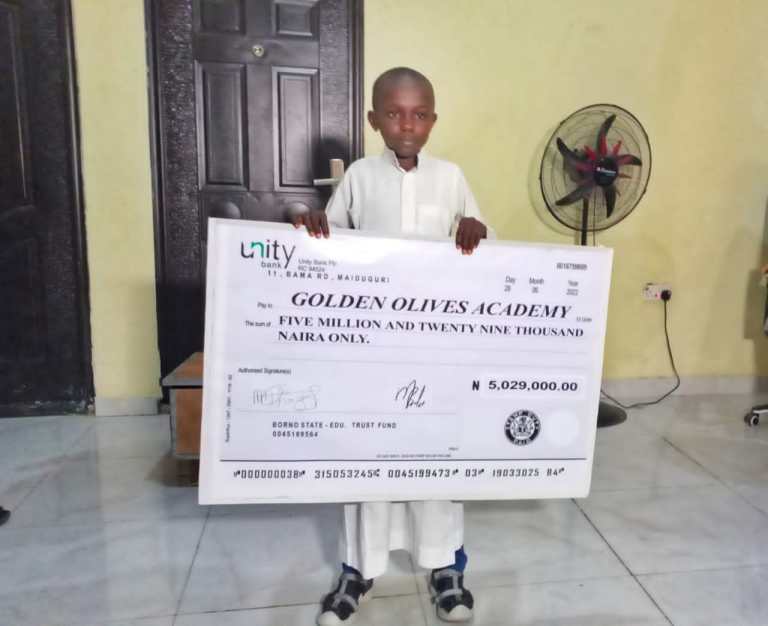 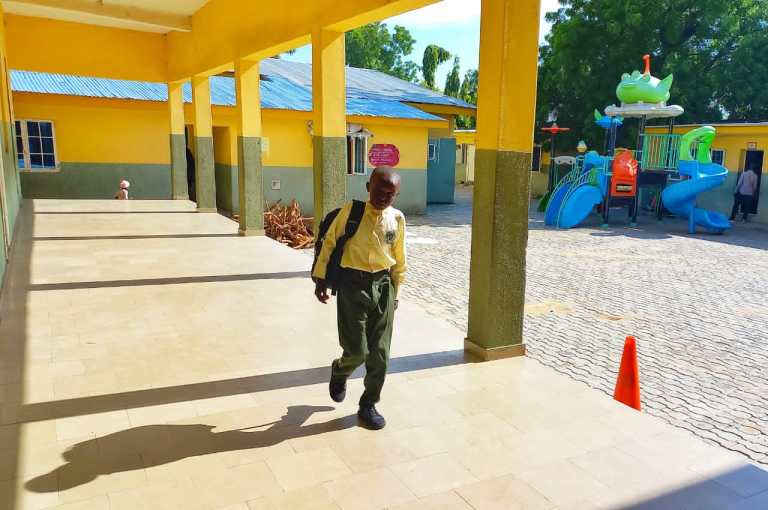 Prof Biu thanked Governor Zulum for the offer and urged the boy to focus on his studies and make the Governor proud. 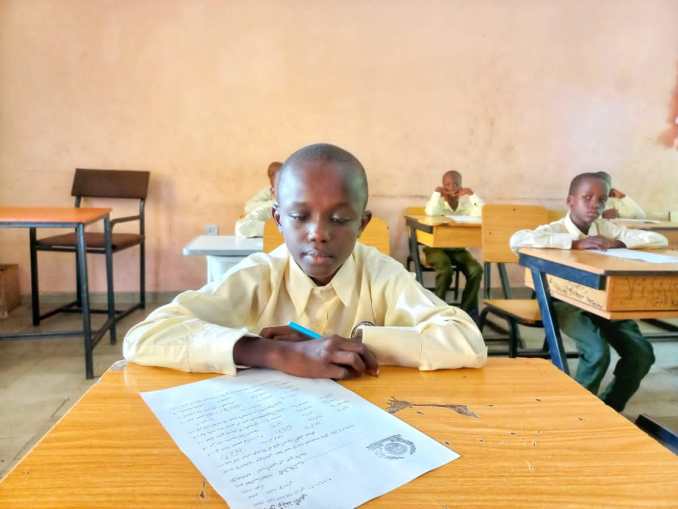 Aviation workers vow to shut down airports in support of ASUU