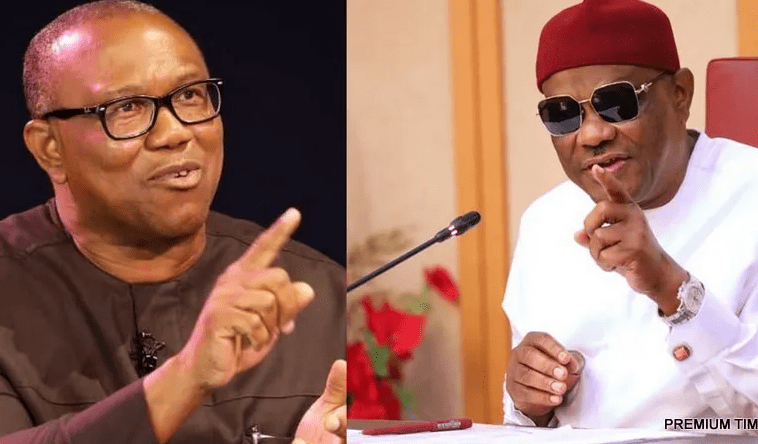 Governor Nyesom Wike of Rivers State has said a former governor of Anambra State, Peter Obi, would not have won the presidential ticket of the Peoples Democratic Party (PDP) if he had chosen to remain in the party.

Mr Wike stated this when he appeared on “Politics Today,” a programme on Channels TV, on Thursday.

Mr Obi, who was considered one of the top contenders for the party’s presidential ticket, recently announced his resignation from the PDP as well as withdrawal from the presidential race under PDP.

His resignation and exit from the presidential race came less than three days to the party’s presidential primary which is billed to hold between May 28 and 29.

But the Rivers State governor, who is also a presidential aspirant of the party, said he was not surprised by the decision of the former governor.

“It’s not surprising to me. Peter Obi leaving the party, does not surprise me, because he knows that there is no way he would have won the PDP presidential primaries. How would he have won? I went to Anambra and told (them), ‘don’t waste your votes on him,’ “ he said

“Since he left APGA as a governor, he has never won an election in Anambra. Check it! The issue is that, at that level, there must be integrity, there must be character,” Mr Wike added.

He also criticised Mr Obi over speculations that the former governor was considering offers from the New Nigeria People’s Party (NNPP) to be fielded as a vice presidential candidate of the party.

“So, when we talk of character and integrity, it is an issue. You can be the best economist, but you don’t have character, no integrity.

“A (PDP) vice presidential candidate in the 2019 election? What is he seeing differently (in NNPP) that he didn’t see for many years now? Just 72 hours (to the PDP presidential primary), he is now seeing them,” the governor said.