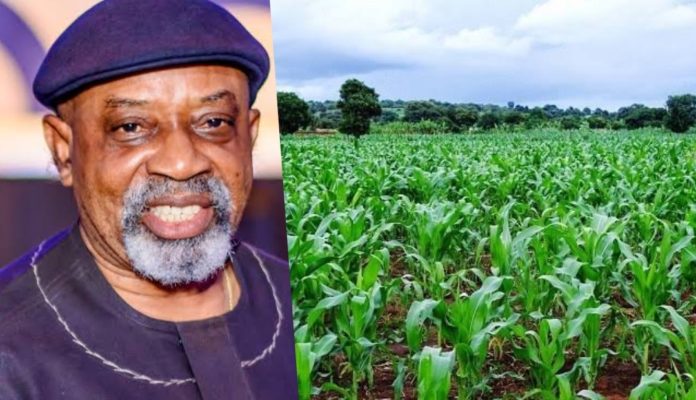 Minister of Labour and Employment, Chris Ngige, has said that Nigerian youth should start farming maize, cassava, yam and other farm produce as white-collar jobs were no longer available.

”The time is also gone when we all queue up for white-collar jobs. They are not available anymore,” Mr Ngige said in a statement on Sunday.

The minister said this while warning beneficiaries of skills acquisition training and empowerment programmes of the federal government to desist from selling empowerment items.

Mr Ngige was quoted as giving the warning during the second phase of the ministry’s empowerment scheme in Awka, Anambra State.

He advised the beneficiaries of the skills training programme to rather put the machines and other tools into good use and justify the efforts of the ministry than sell them.

According to him, the era of beneficiaries leaving the venue only to sell the items given to them is gone.

“We have a monitoring team and we will involve the security agencies over any case of diversion of the machines,” he warned.

According to him, the empowerment programme is for those who will use the items to create wealth and further their businesses, such as hairdressers, crop farmers, and those processing the harvests of yams, maize, cassava, millet, and so on.

“As the planting season approaches, we are giving more attention to agricultural tools, in line with the emphasis by the Federal Government on self-sufficiency in food production.

”So, in the next phase, there will be more agricultural tools to enhance farming and create more employment,” he added.