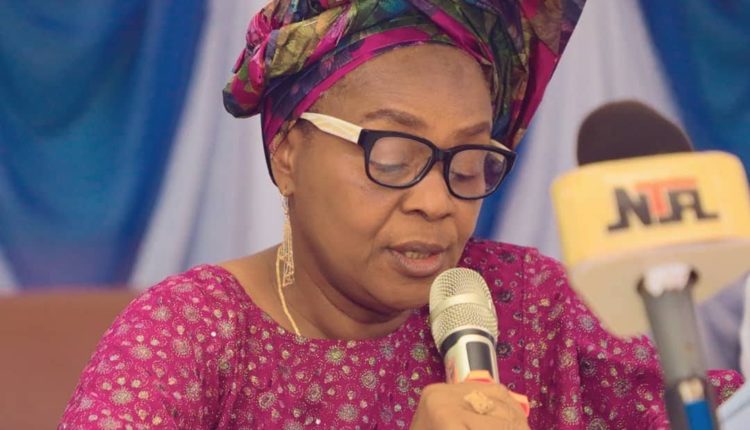 The Vice-Chancellor of the Prince Abubakar Audu University, Anyigba,  Prof. Marietu Tenuche has said that the institution did not after the 6th convocation, offer N2000 and N5000 reward to its best graduating and overall students who made first-class after painstaking and rigorous efforts to distinguish themselves.

This was contained in a statement issued on Monday and made available to newsmen in Lokoja.

The statement read as followed: “The attention of the Management of Prince Abubakar Audu University, Ayingba, Kogi State, has been drawn to an online media report alleging that the University gave N2000 and N5000 as a reward to her first class and overall best graduating students’ respectively, at the 6th combined convocation ceremony of the institution.

“Ordinarily, the University would have kept silent and allowed the mischief-makers to live with the figment of their imagination since it is not a true reflection of what transpired.

“However, for the discerning mind who would be misled by such misinformation, it has become necessary to correct the misleading impression by setting the records straight. The PAAU had at no time and did not after the 6th convocation, offer such reward to her best graduating and overall students who made first-class after painstaking and rigorous efforts to distinguish themselves.

“For the records, it has been the tradition of the PAAU to offer automatic employment to her best graduating and overall best students with the option of refusal.

“The best and overall graduating students who made first class at the 6th convocation ceremony held at the weekend of 29th January 2022, could therefore not have been treated any less.

“It may interest those behind the misleading information to note, that while the university is yet to make a pronouncement on the reward for the best graduating and first-class students, we are not unmindful of the fact that some individual lecturers in some Faculties and Departments of the students who excelled, with particular reference to the Faculty of Agriculture, made personal efforts to appreciate their best graduating students. This should not be misconstrued to be the reward from the university administration, as a corporate entity.

“It is unfortunate that personal cash donations by some departments and individual lecturers to their students to reward hard work and excellence through the University has been mischievously misunderstood.

“It is the tradition of PAAU for donations by individuals to best graduating Students’ be paid into the University’s Prizes Account, while the University thereafter issue cheques to the deserving recipients, an action that has been misconstrued.

“The reward to the students that are being misunderstood is only symbolic and recognition by the individual lecturers as a way of appreciating their best students. This is a development considered a very rare privilege by lecturers and some individuals who ought to be commended. Sadly, it has been misread as the reward coming from the University.

“Beginning from the inception of PAAU, our best graduating students have always enjoyed the option of automatic employment. The records and beneficiaries of such gestures can attest to that magnanimity.

“We, therefore, use this medium to urge the members of the public to disregard the misleading report in circulation.

“The university will at the appropriate time, announce its rewards to our deserving graduates.