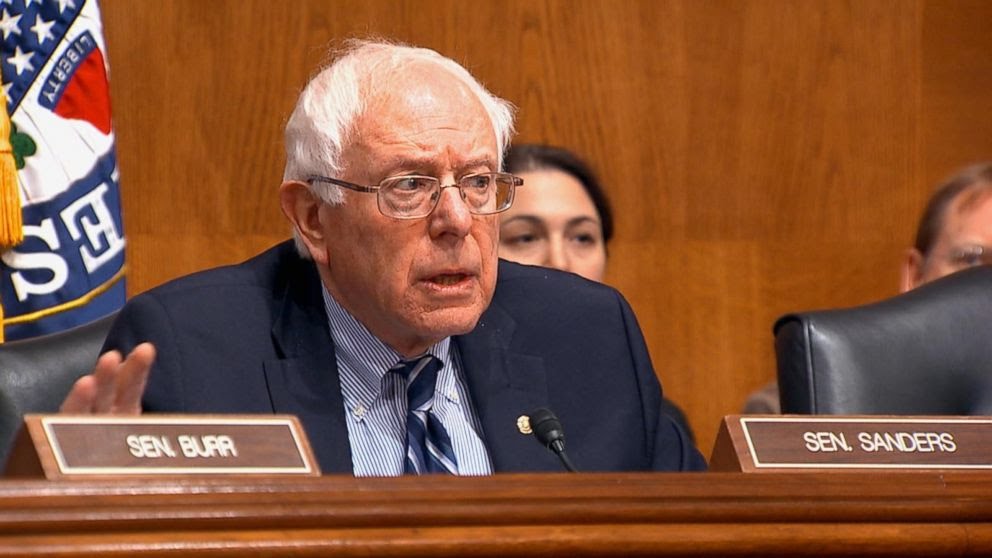 Democratic and ranking US Senator Bernie Sanders has slammed the United States as hypocritical for kicking against Russia’s on-going onslaught against Ukraine, accusing the American government of illegitimately overthrowing a “dozen” of regimes in other countries.
In a video, Sanders, who spoke before the war between Russia and Ukraine broke out, pointed out on the US Senate floor that the American government was selfish and would have flexed its military muscles against Ukraine, were it to be in Russia’s situation.
Sanders stated, “Putin may be a liar and a demagogue, but it is hypocritical for the United States to insist that we do not accept the principle of ‘spheres of influence’. For the last 200 years, our country has operated under the Monroe Doctrine, embracing the premise that as the dominant power in the western hemisphere,” explained Sanders, “the United States has the right to intervene against any country that might threaten our alleged interests.”
Under this doctrine, noted the US senator, America had committed various atrocities on foreign lands.
The Democratic senator stressed, “We have undermined and overthrown at least a dozen governments. In 1962 we came to the brink of nuclear war with the Soviet Union in response to the placement of Soviet missiles in Cuba, 90 miles from our shore, which the Kennedy administration saw as an unacceptable threat to our national security.”
He added, “And the Monroe Doctrine is not ancient history. As recently as 2018, Donald Trump’s Secretary of State, Rex Tillerson, called the Monroe Doctrine ‘as relevant today as it was the day it was written’. In 2019, Trump’s former national security adviser, John Bolton, declared ‘the Monroe Doctrine is alive and well’.”
Further condemning the US grandstanding and hypocritical response to the Russia-Ukraine crisis, Sanders explained, “To put it simply, even if Russia was not ruled by a corrupt authoritarian leader like Vladimir Putin, Russia, like the United States, would still have an interest in the security policies of its neighbours.”
The Almanac of American Politics calls Sanders, serving his third term in the US Senate after winning re-election in 2018, a “practical and successful legislator.”
The one-time American presidential aspirant did not mince words expressing his displeasure against the US government’s subversiveness against Russia.
“Does anyone really believe that the United States would not have something to say if, for example, Mexico was to form a military alliance with a US adversary?” said Sanders. “Countries should be free to make their own foreign policy choices, but making those choices wisely requires a serious consideration of the costs and benefits.” He further pointed out that “the fact is that the US and Ukraine entering into a deeper security relationship is likely to have some very serious costs – for both countries.”
Editor

Related Topics:GlobalSenator Bernie Sanders
Up Next