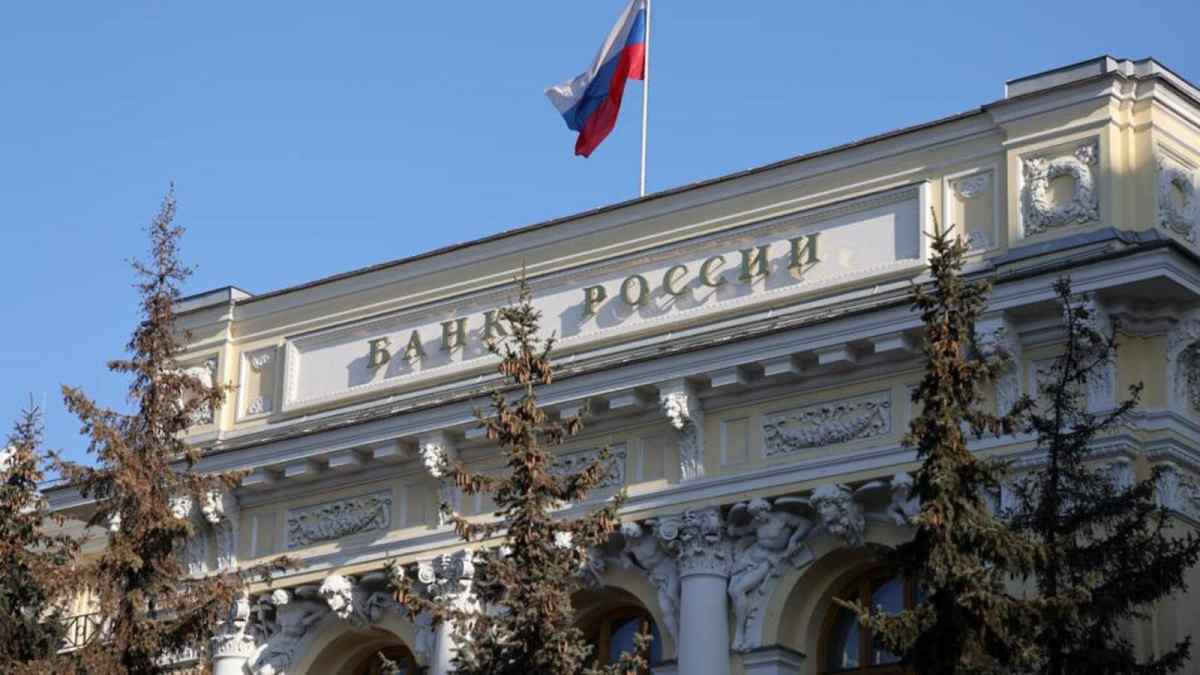 The cost of the on-going war between Russia and Ukraine on the Russian economy is growing by the day, as the country is increasingly being isolated. As part of the move to punish Russia for invading Ukraine, the United States on Monday said it was taking immediate steps to prohibit American dollar transactions with the Russian central bank and fully block the Russian direct investment fund.

US senior administration officials disclosed that the aggressive move was aimed at some of Russia’s most powerful means of mitigating the effect of sanctions.

In addition, the US Embassy in Russia warned US nationals to consider leaving “immediately” due to the rising number of airlines that are cancelling flights in and out of the country and closing their airspace to Russian airlines.

That was as indications emerged on Monday that the federal government might have secured 479 Nigerians in the effort to take citizens out of Ukraine amid the Russian attack.

The steps by the US to cut dollar supply to Russia were meant to prevent Russia from accessing a “rainy day fund” that officials said Moscow had been expecting to rely upon during the invasion of Ukraine.

Against plans to use the reserves to buffer a plummeting ruble, Russia would no longer be able to access the funds it keeps in US dollars, according to CNN.

The sweeping new sanctions – taken with Germany, France, the UK, Italy, Canada, the European Union and others – came as Russia’s economy is already in free-fall.

“No country is sanction proof,” a White House official said. “Putin’s war chest of $630 billion in reserves only matters if you can use it to defend his currency, specifically by selling those reserves in exchange for buying the ruble. After today’s actions that will no longer be possible, and fortress Russia will be exposed as a myth.”

In a phone call with reporters Monday morning, a senior US administration official said the move was “the culmination of months of planning and preparation across our respective governments across technical, diplomatic and political channels, including at the highest levels.”

CNN quoted the official as saying, “We were ready and that’s what allowed us to act within days, not weeks or months, of Putin’s escalation.

“Our strategy, to put it simply, is to make sure that the Russian economy goes backward as long as President Putin decides to go forward with his invasion of Ukraine.”

In a bid to mitigate the impact of the sanctions on US and European energy consumers, the Treasury Department would exempt most energy-related transactions from the sanctions, a significant carve-out in the sanctions.

One official called the on-going sanctions a “vicious feedback loop that’s triggered by Putin’s own choices and accelerated by his own aggression.”

Another official said they were “symbols of deep seated Russian corruption and influence peddling globally.

“Today’s actions represent the most significant actions the US Treasury has taken against an economy of this size and assets of this size.

“What also makes this asset significant is not just the amount of assets or the size of the country we’re targeting, but the speed at which our partners and allies have worked with us to enact this response.”

Asked about potential additional sanctions on Belarus, which appears poised to elevate its role in Russia’s invasion of Ukraine, an official said the US was watching events “very carefully” and that sanctions on Belarus would “continue to ratchet much higher.”

Russian forces are facing “stiff resistance” with slowing momentum in northern Ukraine, a US defense official said, while invading troops are having a “little bit more success” in the south.

Russian forces have “slowed their offensive” but are “still trying” to take Ukrainian ground around the country, according to the Ukrainian military.

Talks between Russian and Ukrainian delegations also got underway Monday in Belarus. In the lead-up to the meeting, Ukraine demanded an “immediate ceasefire and withdrawal of Russian troops.”

More than 500,000 refugees have fled Ukraine to neighbouring countries after the beginning of the invasion, the United Nations Refugee Agency said Monday.

Ukrainian President Volodymyr Zelensky asked European countries to do more to support his nation on Monday asked the European Union to “urgently admit Ukraine” to the bloc.

Eighty-three percept of Americans said they favoured increased economic sanctions against Russia in response to the invasion, with just 17 per cent opposed.

The US Embassy in Russia warned US nationals that they should consider leaving “immediately” due to the rising number of airlines cancelling flights in and out of the country and countries closing their airspace to Russian airlines.

The embassy said in an advisory, “An increasing number of airlines are cancelling flights into and out of Russia, and numerous countries have closed their airspace to Russian airlines. US citizens should consider departing Russia immediately via commercial options still available.

“The US Embassy reminds US citizens that the Department of State’s Travel Advisory level for Russia is at ‘Level 4: Do Not Travel.’”

Nigeria and South Africa expressed alarm at reports that their nationals were being stopped from leaving war-torn Ukraine. At Lviv train station, in western Ukraine, FRANCE 24 met several African students who said they were pushed back at the Medyka border crossing with Poland.

However, African governments yesterday scrambled to help their nationals escape the Russian invasion in Ukraine, as reports emerged of racist and unfair treatment of their citizens at the border with Poland. The reports, denied by both Polish and Ukrainian officials, cast a pall on the massive evacuation effort that had already seen half a million civilians cross into the European Union.

While some Africans had been able to leave Ukraine, FRANCE 24 spoke to several students at Lviv train station in western Ukraine who said they were turned back by Ukrainian border guards while attempting to cross into Poland.

“They stopped us at the border and told us that Blacks were not allowed. But we could see White people going through,” said Moustapha Bagui Sylla, a student from Guinea. He said he fled his university residence in Kharkiv, Ukraine’s second-largest city, as soon as the bombing began.

Like thousands of Ukrainian civilians scrambling for the border, the young Guinean said he walked for hours in freezing temperatures heading for the Polish frontier village of Medyka – only to be ordered to turn back.

Moustapha Bagui Sylla had been studying medicine in Ukraine’s Kharkiv for the past year.

Another student from Nigeria described similar scenes at the border crossing. He said his group, which included women, was shut out of the border post even as White people were let through.

“They won’t let Africans in. Blacks without European passports cannot cross the border. They’re pushing us back just because we’re Black!” said the Nigerian student, who gave only his first name, Michael. “We’re all human,” he added. “They should not discriminate against us because of the colour of our skin.”

Jean Ngando, a French teacher from Cameroon, said he was looking for alternative routes to avoid being pushed back at the Polish border, France 24 reported.

According to Bagui Sylla, the Ukrainian border guards said they were merely following instructions from their Polish counterparts – a claim denied by officials in Warsaw.

Anna Michalska, a spokesperson for the Polish border guards, said she had spent “the past two days denying such allegations”.

She told FRANCE 24, “I don’t know what is happening on the Ukrainian side of the border, but we let everyone in regardless of nationality.”

In a later communiqué, Polish officials confirmed that no visas were required to cross the border and that identity cards and passports would be accepted, even when expired.

Nigerian student Natacha Daniels said she was worried she would be barred from leaving Ukraine because her passport was in the hands of officials in Kharkiv, where she studies economics.