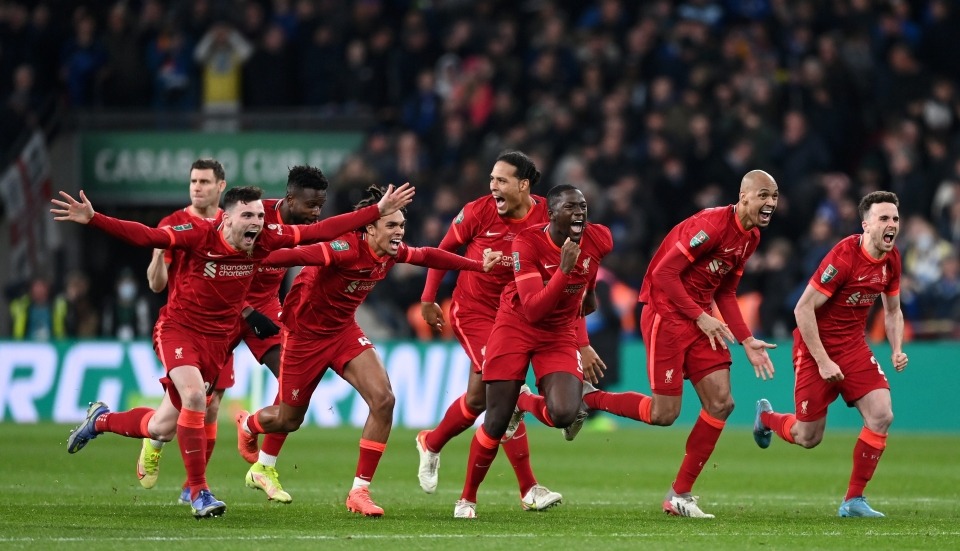 Liverpool have won this season’s Carabao Cup after edging Chelsea in a dramatic penalty shootout win in Sunday’s final to seal a record ninth title.

The Reds edged Chelsea 11-10 after 120 minutes of football ended goalless and secured a first League Cup win since 2012.

Kepa Arrizabalaga, who replaced Edourd Mendy in the final minute of extra time, blazed his effort from 12 yards to hand Liverpool the win.

Every outfield player on the pitch converted their spot-kicks, meaning it was left to the two goalkeepers to take penalties.

The game saw four goals ruled out for offiside during regulation time. Joel Matip thought he had given Liverpool the lead after heading in Sadio Mane’s assist but Virgil van Dijk was adjudged to be offside in the build up to the goal.

Mason Mount and Kai Havertz also saw their efforts ruled out for offside.

And substitute Romelu Lukaku also had the ball at the back of the net only to see his effort disallowed.

Liverpool were lucky not to be a man down following a dangerous stamp by Naby Keita on Nathaniel Chalobah but the incident was not checked by VAR.

Also, Chelsea will rue missed opportunities with Mount and Christian Pulisic the culprit.

While Mane had Liverpool’s best chance but saw his close range strike saved by Mendy.

The last time both teams met in the final of the League Cup was in 2005 with Chelsea edging Liverpool 3-2.

Serie A: Osimhen Stars In Napoli Win Over Lazio