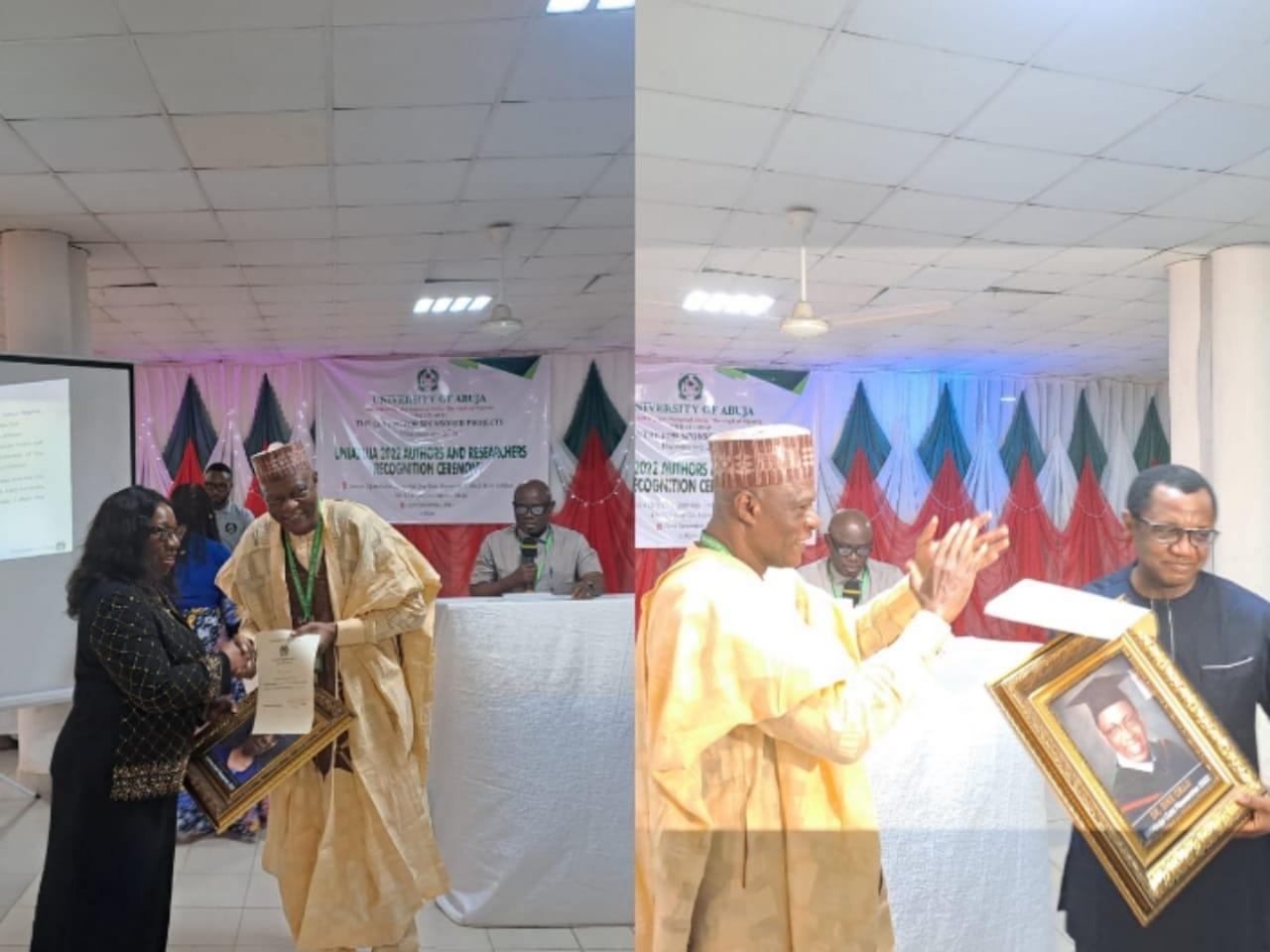 University of Abuja (UniAbuja) on Thursday rolled out the drums to celebrate its academic staff for winning N1 billion grants in 2022.

Speaking at the UniAbuja’s authors and researchers’ recognition and award ceremony , Vice Chancellor of the University, Professor Abdul-Rasheed Na’Allah, who expressed delight over the uncommon feat, said the 2022 grants was a significant improvement compared to the N300 million recorded in 2021.

“In 2022, University of Abuja made N1 billion grants. Last year it was N300 million and it has increased this year. I’m very proud of you and I’m ready for the world to know this and I also want to give them another promise that next year it is is going to be more than this,” the visibly elated Professor Na’Allah said.
While saying scholars from the University have continued to distinguished themselves in international academic community, the Vice Chancellor challenged the awardees to share ideas and experience with other academic staff to ensure UniAbuja produce more grant-winning researchers of international repute.

“Let’s stand up. Let’s as leaders of research, as leaders in getting grants share the experience with another friend. If you are a kind of person who has got quite a lot, when somebody is developing, please offer to read through the proposal.
Let every department try an ideal of developing committee to do seminars on grants or invite people from other universities to come and give a seminar.

“If you need my help as a Vice Chancellor I will be ready to support. Let it be done at Faculty levels, let there be competition, that is the way it is,” the VC said.
Speaking further, Professor Na’Allah said the main aim of University is not only about giving out certificate but to address some of the challenges in the society through research and innovations, adding that developed countries in the world achieved their status through the contribution of their researchers.

He challenged all academic staff in UniAbuja to do more in churning out research proposals that are able to make impact, saying the era of solely focusing on delivering of lectures in the classroom is gone.
“How can you call yourself a professor without having a grant?” the VC queried, adding that the UniAbuja is now fully research-oriented and would be ranked number one in no too distant time.

Professor Na’Allah also expressed delight that most of the grants won by the scholars were from outside the shores of the country, including United States, United Kingdom, among others.
Earlier, in a welcome address, the Director, UniAbuja’s Centre of Sponsored Projects (CSP), Professor Obiageli Nnodu, said this year’s award ceremony was the third in series since its inception by the Vice Chancellor in 2020.

Nnodu, who said the Centre is aimed at promoting and deepening research in the University, called on lecturers to leverage on it for information on accessing grants and scholarship opportunities.

While commending the Vice Chancellor for his passion in inculcating the culture of research in UniAbuja, Nnodu said awardees of this year’s ceremony were graded in three categories with gold for those who won grants from N10 million and above, silver – from N5 million and bronze medal for scholars that clinched grant to the tune of N2 million.

She revealed that most of the scholars that won research grants also clinched awards under author’s category as most of their research works were published in international peer review journals.

18 person also won awards under the category for authors.