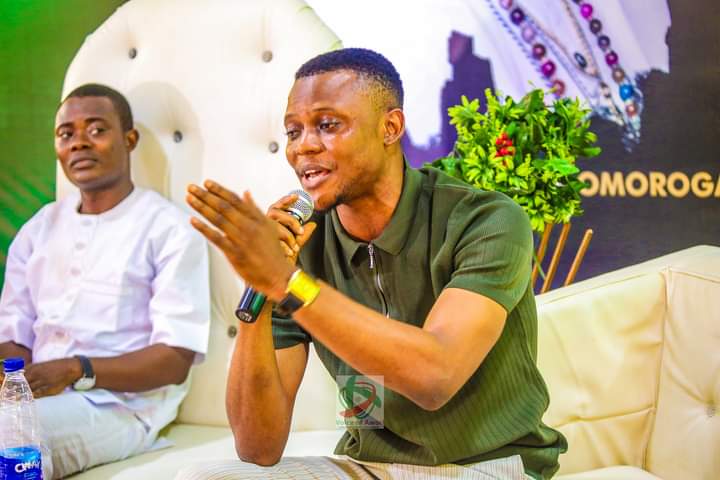 I want to congratulate the celebrator and convener of this symposium. I am not sure if such an idea to organize a platform for intellectual discourse in celebration of one’s birthday ever happened in recent years in Ota land and any part of the Awori land in Ogun state. I understand that the convener is a politician and he is aspiring to contest for a certain political office. This occasion proves he identifies with education and that if provided the opportunity, he will not only govern intellectually, he will promote local dialogue for true and better representation. 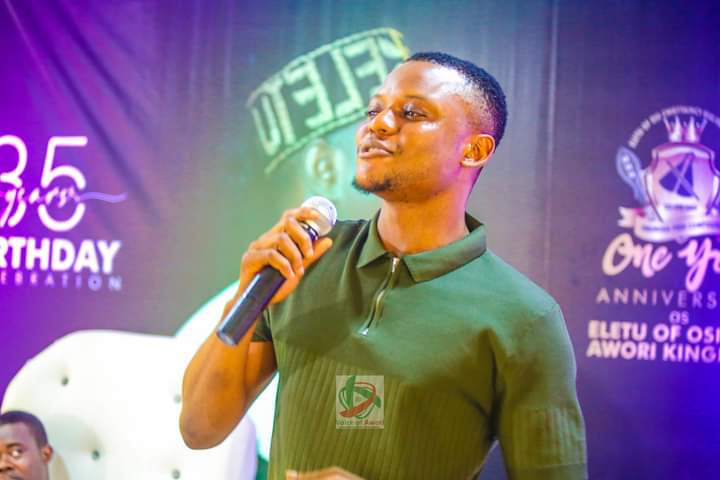 I noticed a conceptual error in the topic and except we painstakingly address this inappropriateness, I am afraid we may end up having no base and basis for this honorable gathering. We may also not achieve what we have in our mind for I feared what the organizers have in their mind may not be what reflect in the theme of this lecture. I understand the thrust of this symposium as a CRY FOR FREEDOM. But freedom from what? The organizers said “oppression” but I think the freedom in need is to break the shackles of injustice. There is both a conceptual and operational difference between both terms; oppression, and injustice. The former; oppression, is used to denote enslavement, servitude, and the balkanization of the sociological structure into a master-slave dichotomy. I argued that oppression is a fundamental order, laying basis as a feature of the evolutionary process of the society. In slavocracy, Africa’s pre-colonial mode of economy, oppression was by function an economic policy, although, anticipating rebellion but in itself a system of rule.

The newness of the term oppression has soon become a subtle ideology of the elite class inferring that the political regime should be stabilized and remain in the confines of the bourgeoisie. The claim that equality is a farce and that only the privileged class should have access to power makes oppression a euphemism, preferably interpreted to denote the social relations between the upper and lower stratums in society. The term oppression when used to illustrate the unscrupulous gap between the elite and masses does so to cover impunity, illegality, violations, and lack of constitutional order. Simply put, oppression reveals only an end, it hides the means to it. In the instance of injustice, it not only described the bifurcation of the society, but it also provide insight into the illegitimate means through which this bifurcated society came into being. 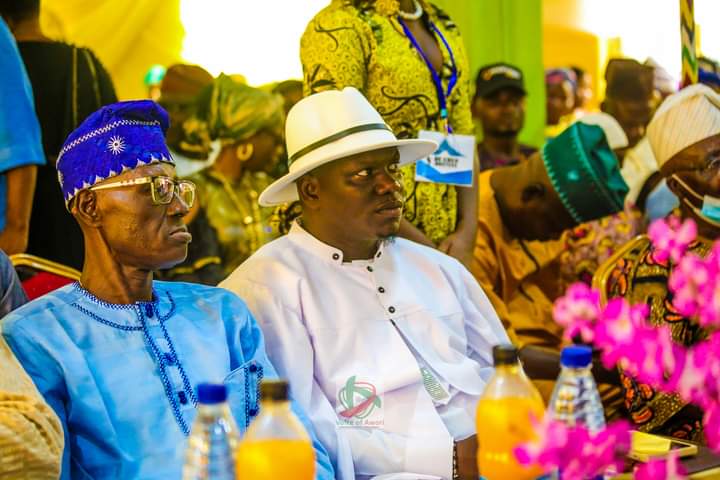 I am more worried because oppression may be justified as the reward of nobility, strength, ownership, and wealth particularly in a capitalist society. Others will also argue that in democracy, oppression is self-induced, and in another sense the conceding to self-defeat, hence a language of the poor. With the practice of democracy in Nigeria, I hold the view that in a society of deformed electorates, democracy breeds oppression. This is to say therefore that every conduct of election in Nigeria is either a process to return under oppression or embolden it. The value of oppression nonetheless is inherent in the socioeconomic, ecopolitics, and psychosocial process of human development in the organization and reprocessing of the society.

My point is that except in our bid to expand on its propensity, oppression should not be relevant in democracy. This is because unlike in slavocracy, democracy is deeply rooted in individualism as well as the equality, rights, and freedom of individuals. The malpractices of this arrangement are called injustice and I have contended that a major social dilemma that continues to constitute a development crisis in Nigeria, and all facets of human life is injustice – the violation of rights, freedom of other individuals. But the violation of rights cannot alone define injustices. To infer its fuller understanding, injustices are established when these violations are not checked and punished by law. This is the contention that we should all be concerned about. 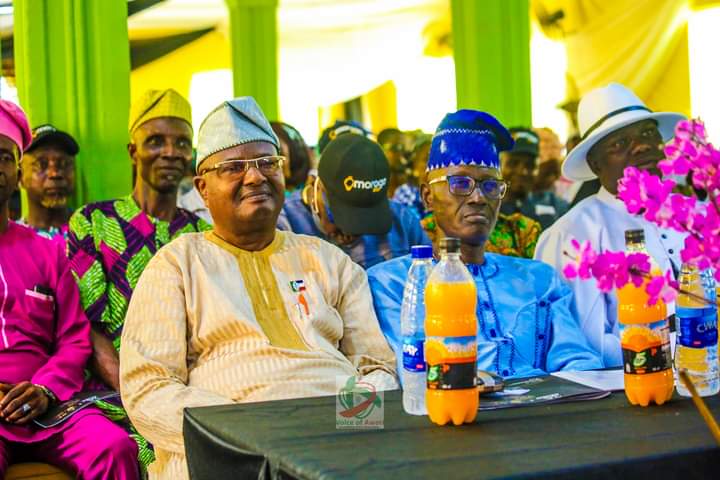 So here we want to talk about injustices and demystifying the intention of it. The analysis will naturally birth the process to fight it. The level of injustices in Nigeria, to put it mildly, is to say is alarming. Whereas it is patently terrible than that. Also, we do not need to travel far to fetch cases of injustices in Nigeria. It is endemically evident in every aspect of our public and private institutions. But since the celebrator of today, the convener of this symposium is a member of the People’s Democratic Party PDP, it is not going to be out of order to draw cases from the internal affairs of the party. I am doing so with the hindsight that the convener of this symposium is aspiring for a political office under the party. Therefore he will not only have succeeded to gather us here to cross-fertilize ideas, but he should also benefit from his initiative. Our focus on PDP in Ogun state, specifically the Ota community is also in order. With the privilege of having the leaders of the party seated in our midst, I am nonetheless assured this will consequently serve as a guide in the process of operating the internal affairs of the party more importantly on the conduct of primary elections and the contest of flag-bearing.

Here, I have separated primary elections from the contest of flag-bearing. Ordinary, the conduct of primary elections should automatically produce a bearer of the party’s flag; the one who represents the party at the general election. But evidence abounds, and I like to sight the case of the APC in Ado/Odo-Ota local government where the winner of a primary election was questionably not declared the flag bearer of the party. This reality does not alone represent political indiscipline, it constitutes a perversion of democratic politics with no other end than abetting injustices. To this very end, the People’s Democratic Party PDP if ready to transcend from an opposition party to a ruling party must therefore show and seen having the capacity and commitment to democratic ethos in such a manner that subjects all members, regardless of their status and stake, to the dictates, provision and supremacy of the party’s constitution. The party must begin to act differently. It must henceforth review its practices, locate the genuine fault, and be humble to make amendments.

READ MORE   MY ASPIRATION IS IN THE INTEREST OF DEMOCRACY AND GOOD GOVERNANCE - HON. KHABAR TELLS APC CONFERENCE OF WARDS CHAIRMEN 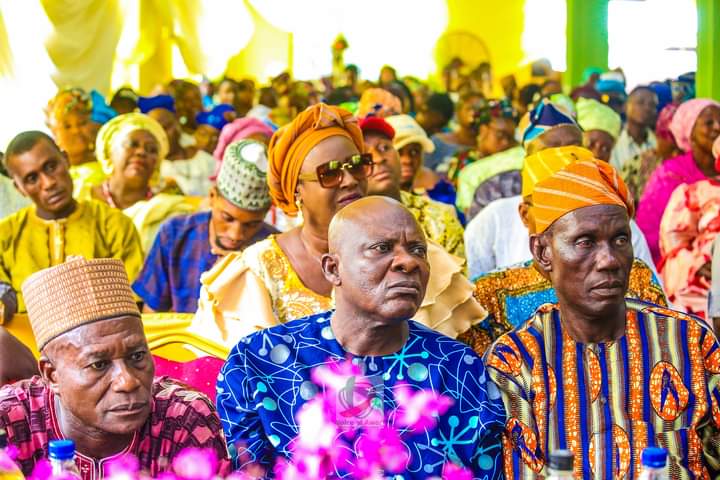 The notion of injustice in party politics especially in the PDP starts from the misunderstanding that party funders are sole founders whose stakes notwithstanding the contravention to the provisions of the constitution must hold. Although funding of parties cannot be overemphasized, funders should do so without violating and abetting injustices. The consequence of injustices is the controversy that follows, the perennial judicial redress, the mistrust, and the lack of confidence of party members and the populace.

Let me conclude that part of the problems in the practice of democracy in Nigeria is that we hypocritically run away from the core issues that determine our peaceful coexistence. I need to emphasize that coexistence is not the same as peaceful coexistence. The difference is that the latter is grounded in mutual understanding and mutual intelligibility. To coexist peacefully is to understand our rights as citizens under the constitution and also the limitation to it under customary practices. Nigeria is an expression of geographical entities with each carrying ethnic identity and each promoting ethnic loyalty. Accepting this limitation is symptomatic of peaceful coexistence.

I want to argue that only candidates that share the Ota symbol should be supported and voted during elections into elective offices in Ota, or to represent Ota. The same should be the case for the Aworis in Ado/Odo-Ota local government. This is the same for other ethnic groups in their local areas. At the least, the principle of reciprocity must be applied. Only the ethnic groups that allow the Aworis to contest and win elections in their land should be accorded the same privilege. For long, the Aworis have uncharacteristically and inadvertently empowered their oppressors, they have provided lands for their expansionists, given hospitality to aggressors, and remain backward and underdeveloped for the sake of these. The backwardness does not alone affect the community, it also retrogresses the politicians. They remain local with no federal, and global political exposure. Party members should be more concerned about building the credentials of our indigenous politicians and the only means to achieve this is through political participation. Although the constitution recognizes us all as citizens, however, when push comes to shove, our indigenous identity takes the lead.

Once more, I say a happy birthday, long life, and prosperity to Chief Abayomi Omoroga. I wish him well in his political and other future endeavors.

Thank you all for listening.

HON. (CHIEF) AINA AKINPELU AND THE TRICHOTOMY OF LAW By AZEEM SALAKO