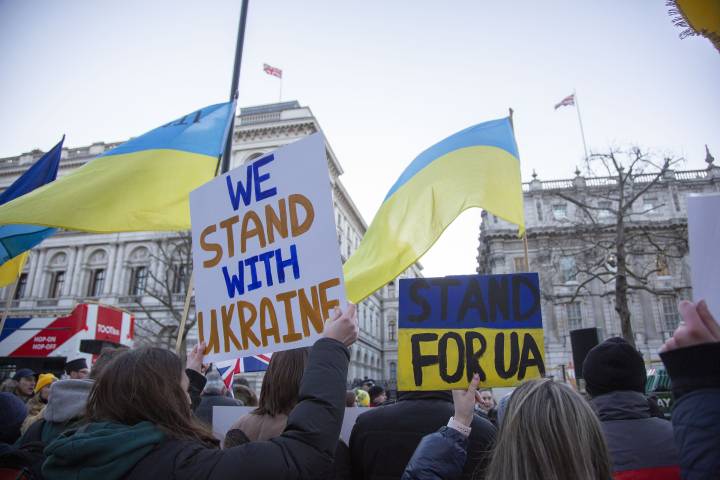 Ukraine’s central bank is cracking down on digital money transfers in one of the latest measures implemented in connection with a nationwide declaration of martial law.
Kuna, a popular Ukrainian crypto exchange, shows that Ukrainian buyers are paying a premium for Tether’s USDT stablecoin, which is pegged to the price of the US dollar.

According to CNBC, Ukraine’s central bank is cracking down on digital money transfers in one of the latest measures implemented in connection with a nationwide declaration of martial law.
The National Bank of Ukraine ordered electronic money issuers to suspend the issuance of e-money and the replenishment of electronic wallets with e-money. The written order also indicated that the distribution of e-money was temporarily off limits.

The reference to electronic money likely refers to fiat currencies held in digital accounts through platforms like Venmo or PayPal.
This is one among many new rules rolled out by the country’s central bank as Russian forces lay siege across Ukraine.
In a statement, The National Bank of Ukraine made a spate of resolutions, including an order to suspend the foreign exchange market, limit cash withdrawals, and prohibit the issuance of foreign currency from retail bank accounts.

Meanwhile, Bitcoin donations to the Ukrainian army are soaring after Moscow launched a large-scale offensive against Ukraine early Thursday.
New data from blockchain analytics firm Elliptic shows that over a 12-hour window Thursday, nearly $400,000 in bitcoin was donated to Come Back Alive, a Ukrainian nongovernmental organization providing support to the armed forces.

The fresh round of crypto donations capitalizes on a trend seen in recent weeks, in which donations totaling hundreds of thousands of dollars have flooded into Ukrainian NGOs and volunteer groups working to stave off a Russian offensive, according to Elliptic.

Activists have deployed the crypto for a variety of purposes, including equipping the Ukrainian army with military equipment, medical supplies, and drones, as well as funding the development of a facial recognition app designed to identify if someone is a Russian mercenary or spy.
“Cryptocurrency is increasingly being used to crowdfund war, with the tacit approval of governments,” said Tom Robinson, chief scientist of Elliptic, which sells blockchain analytics tools to banks and cryptocurrency platforms.

Volunteer groups have long augmented the work of Ukraine’s military by offering additional resources and manpower. When pro-Russian Ukrainian President Viktor Yanukovych was ousted in 2014, for example, volunteers stepped up to support protesters.
Volunteer groups and NGOs have collectively raised over $1m in cryptocurrency, according to Elliptic, though that number appears to be quickly moving higher as donations come in amid Russia’s newly launched offensive.
Prior to the Russian attack, Ukraine had plans to open the cryptocurrency market to businesses and investors, according to the Kyiv Post. Top state officials have also been touting their crypto street cred to investors and venture capital funds in Silicon Valley — but the Russian invasion has pulled focus from these efforts.