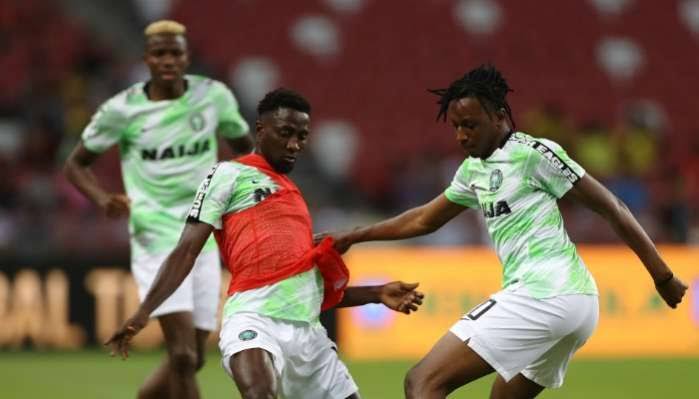 Nigeria is blessed with a lot of talent, and two of those are the some of the most valuable legs on the continent

Super Eagles stars Victor Osimhen and Wilfred Ndidi are two of the most valuable African players in the latest rankings by KPMG.

The two stars are some of the best in their different positions in the World. Osimhen has distinguished himself for Napoli this season, scoring 13 goals and assisting four in 24 appearances.

Ndidi’s brilliance is hardly questionable, as he has proven that he is a force to be reckoned with in the English Premier League.

According to the report by KPMG, Osimhen is worth 58.2million euros, while seventh-ranked Ndidi is worth 45.1million euros.

Who are the most valuable African players? Data are sourced from the African Football Data Centre (AFDC), new a digital platform launched by Rainbow Sports Global and powered by Football Benchmark. Explore the market values of some 700 African players. https://t.co/7M3WZrtgCR pic.twitter.com/HgcP5lk54S

Liverpool magician Mohamed Salah is the most expensive African on the list at 107.8 million euros.

He is followed by PSG star Achraf Hakimi who is worth 81.6million euros. Mane follows in third with a 71.4million euros evaluation.