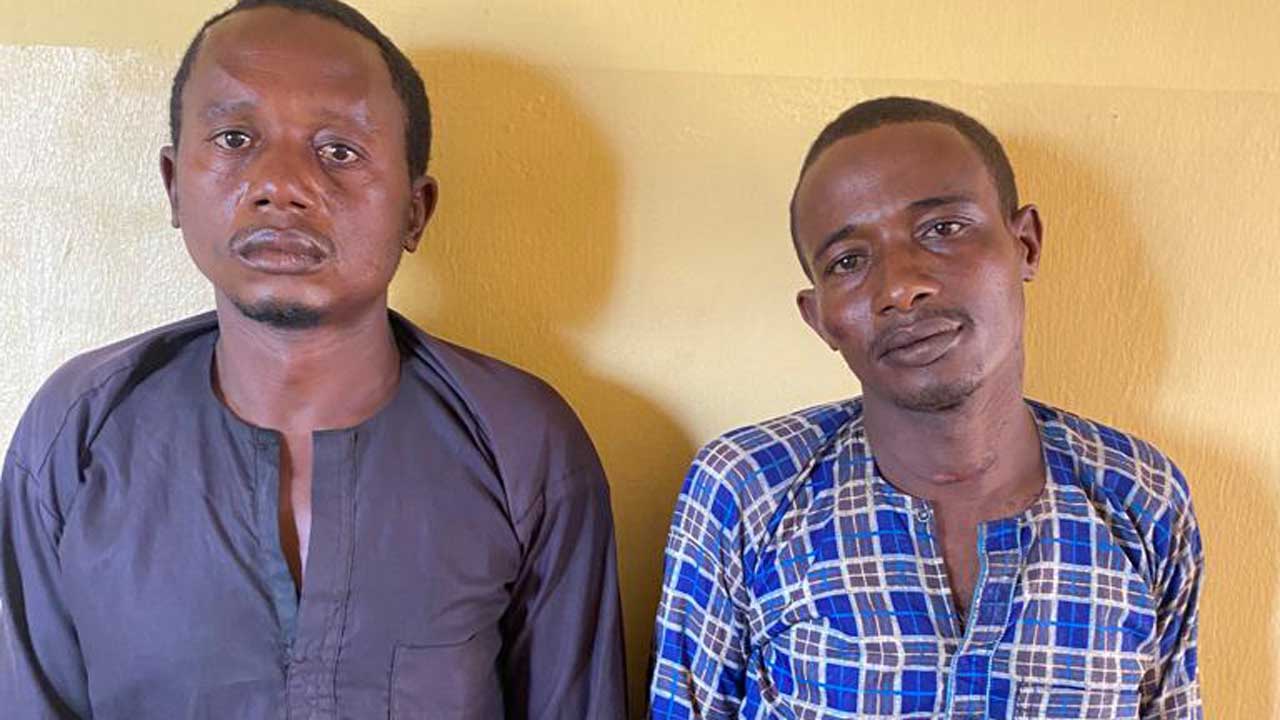 Two members of a notorious kidnap syndicate which has been on the wanted list of the police have been arrested in Ogun State.

The suspects, Jato Abu Bello and Muhammad Suleiman, were apprehended by operatives of Ogun State Police Command over their roles in series of kidnap cases in recent time.

The Ogun State Police Public Relations Officer (PPRO), DSP Abimbola Oyeyemi, said: “The duo were arrested in the early hours of Saturday, March 12, following a painstaking technical and intelligence based investigation embarked upon by the SP Taiwo Opadiran-led anti kidnapping unit, which led the operatives to the suspects hideout at Rounder area of Abeokuta. Having located the hideout, the anti kidnapping operatives, in conjunction with men of Ilupeju and Lafenwa divisions, stormed the place where two of the kidnappers were arrested.

“The suspects have confessed to being the gang that kidnapped one Ajibola Salimot Adejoke, who they traced and abducted in her house, at the Oke Ode area, off Ayetoro road, Abeokuta, on February 17. They also kidnapped one Victoria Oladoyin on February 26, at the Aboba area of Sodeke Titun Abeokuta.

“Also, on March 8, 2022, the duo and their gang abducted two siblings; Esther Kehinde and David Kehinde, at Ayetoro. Some of the victims have identified the suspects as their abductors.”

Meanwhile, the state Commissioner of Police, Mr. Lanre Bankole, who commended his men for their resilience and determination in fishing out the suspects, has directed that other members of the syndicate must be hunted for and brought to book.