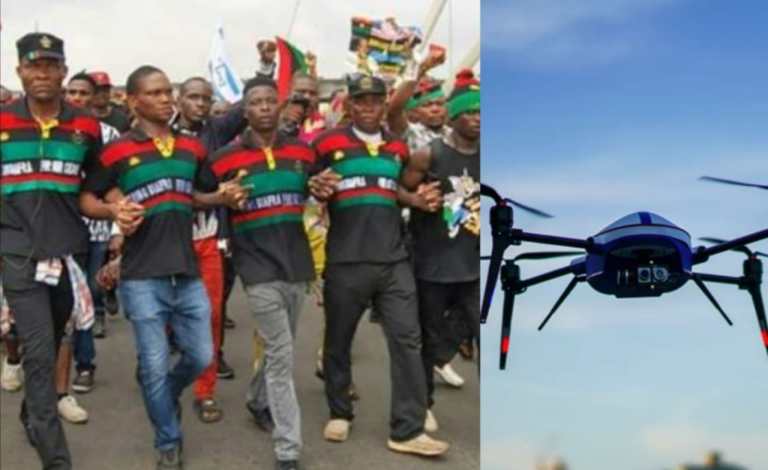 Nigerian troops have intercepted some surveillance cameras and combat drones in the southeast.

Multiple sources who confirmed the development told PRNigeria said that the cameras and drones, which were deployed by operatives of the Indigenous People of Biafra, IPOB, were on surveillance and combat missions in some communities in the southeastern region.

According to the sources, the planned IPOB attacks on residents of South East States were billed to take place after the yuletide.
This is preparatory for the IPOB terrorists to carry out gruesome attacks in some States, especially Imo and Anambra States.

“At the moment, the IPOB and ESN terrorists have embedded themselves with residents of some communities in the two States.

“But what is delaying our troops from striking them is the fact that we are wary of causing collateral damages,” one of them said, pleading for anonymity.
The source, however, told PRNigeria that security operatives have obtained cordinates and CCTV footages of the IPOB criminals’ enclaves and would soon launch an onslaught against them.