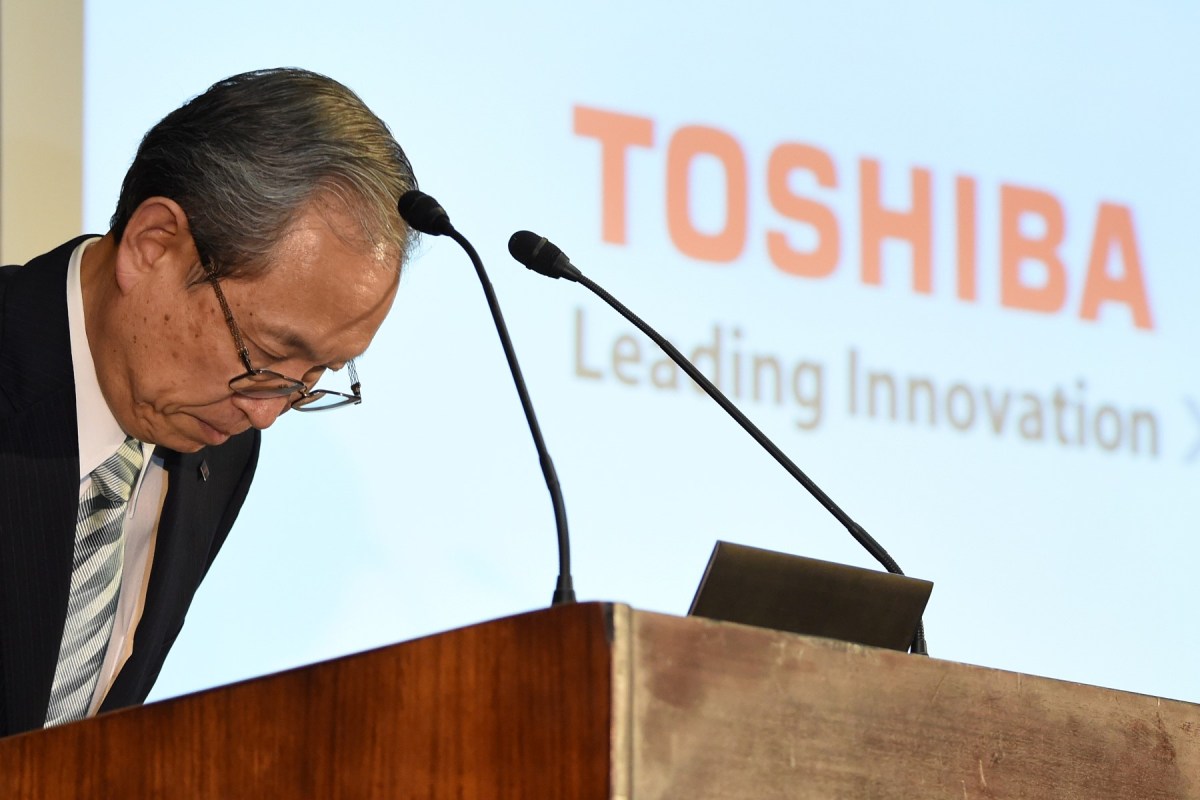 Toshiba’s CEO resigned on Tuesday, adding fresh uncertainty weeks before a key shareholder meeting on a plan to spin off the Japanese conglomerate’s devices unit.

Satoshi Tsunakawa had been chief executive for less than a year at the tech and industrial giant, which has lurched from crisis to crisis in recent years.

He will continue to serve as interim chair of the board of directors, Toshiba said in a statement.

His resignation comes ahead of an extraordinary shareholder vote on March 24 on Toshiba’s plan to spin off its electronic devices segment and sell “non-core” businesses.

The proposal is a revision of an earlier plan to split Toshiba into three companies, which met with opposition from some key shareholders.

Toshiba on Tuesday stood by its two-way split plan, saying new CEO Taro Shimada would “lead the company that will run the energy and infrastructure business” after the device unit is spun off in the second half of 2023.

READ MORE   Transfers: Who are Nigeria’s hottest properties in the market?

“One of the first tasks I’ll be tackling is to build robust trusting relationships with all of our stakeholders, including clients and employees, to strengthen governance and carry out our management plans steadfastly,” Shimada told reporters.

The sprawling conglomerate was once a symbol of Japan’s advanced technological and economic power, but faced a series of scandals and financial problems in the 2010s.

A takeover offer from private equity fund CVC Capital Partners last year stirred tumult within Toshiba around allegations it was intended to blunt the influence of activist investors.

Tsunakawa’s predecessor Nobuaki Kurumatani, who previously worked for CVC, resigned in April 2021, insisting his decision was not related to the buyout controversy.

Tsunakawa had spoken out against taking Toshiba private in an interview with Bloomberg News on Monday.

He told the outlet that splitting into two companies remained the best plan, despite calls from some investors to reopen talks on selling the conglomerate.

Mio Kato, an analyst at LightStream Research who publishes on Smartkarma, said the timing of the resignation was “a bit curious”.

It “suggests that maybe activist investors may have been less than thrilled about Tsunakawa’s position on privatisation and pressured the board to replace him,” he said.

Representative Executive Officer Mamoru Hatazawa is also stepping down from his current position but will continue to serve as a company director, Toshiba said.

Tsunakawa told reporters that restructuring the top of the company would allow for “agile management” by specialised teams “in each of our core businesses”.

“In order for us to continue to increase our corporate value through profitable growth as a company, we don’t have the option of maintaining the status quo without changing our portfolio or the shape of the company,” he said.