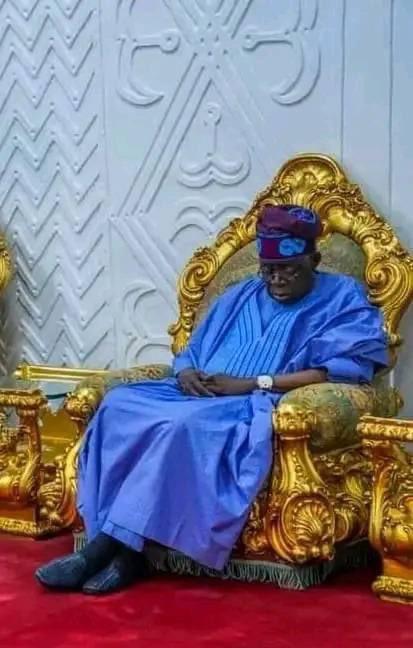 Presidential candidate of the All Progressives Congress (APC) Bola Tinubu was dozed into a nap on Saturday during a meeting with the Emir of Gombe, Abubakar Shehu-Abubakar.

Tinubu was in Gombe primarily to attend the wedding of Misbahu Inuwa Yahaya, son of Governor Muhammadu Inuwa Yahaya. He then stopped by for a brief homage and political meeting at the Emir’s Palace, accompanied by political bigwigs that included Senate President Ahmed Lawan and federal cabinet secretary Boss Mustapha.
Sources on the trip said Tinubu and his allies were at the palace to seek support of the top northern monarch for his 2023 presidential ambition.

As the meeting got underway, Tinubu was captured sleeping while Mr Lawan was holding the microphone addressing attendees at the emir’s living room.
It was not immediately clear why Tinubu dozed off, but speculations are rife on social media about the development, with critics saying it marked another evidence of his weakness while his supporters said he was barely ‘meditating’.

A spokesman for Tinubu’s campaign did not immediately return a request seeking comments about the matter, which comes as opposition intensifies claims that the ruling party’s presidential candidate has been battling serious health challenges.
Tinubu, 70, has, however dismissed public worries about his condition, saying that the job of president requires more intelligence than physical strength. 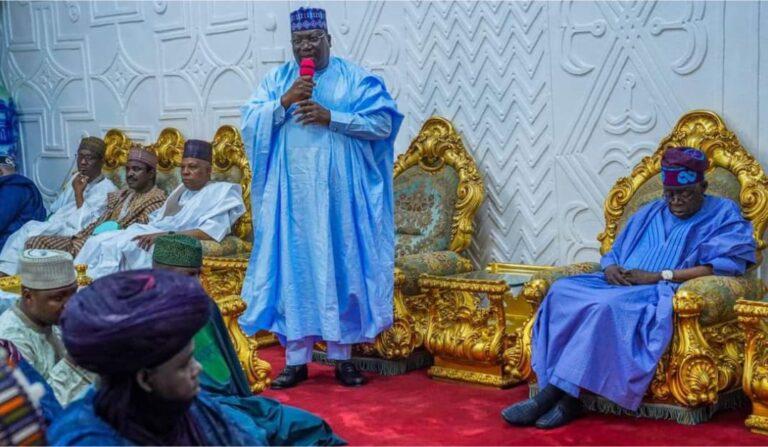