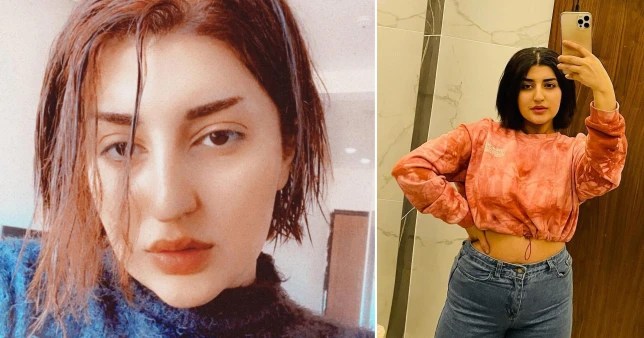 A TikTok star in Iraqi Kurdistan who defied conservative Islamic conventions by wearing crop tops and a crucifix was allegedly shot dead by her brother.

Eman Sami Maghdid, known to her 47,000 followers as Mari or Maria, is thought to have been murdered in an ‘honour’ killing.

Her 17-year-old brother, who has not been named, allegedly fired eight or nine bullets at the influencer on a road in the city of Erbil on Sunday night.

Police arrested the teen, as well as another person suspected of sheltering him.
Eman, 20, was known for posting ‘rebellious’ photos and videos on social media — including pictures of her smoking cigarettes, voicing her opinions and wearing crop tops and a crucifix.
It is believed she had not converted from Islam to Christianity but merely wore the item as a fashion statement.