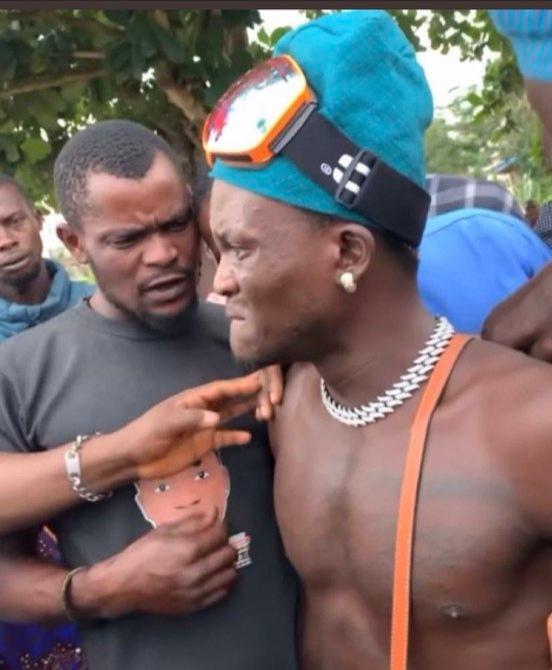 Habeeb Okikiola, the fast-rising Nigerian singer better known as Portable, says he has been asked to pay N20 billion in damages for a failed show in the United States.

In a recent video, the ‘Zazoo Zeh’ crooner is seen lamenting over a shady deal he got himself into with an international music promoter.

Portable said Ijoba Danku, his former manager, secured the contract with the international promoter who promised to get him a US visa.

He said after visiting the embassy on five different occasions — in what appeared to be failed missions — he gave up on the US show.

Portable said although he now has a new promoter who is ready to get him the US visa, a representative from the other entertainment group is asking for N20 billion for damages.

“They want to kill my career. There was a time when my manager, Ijoba Danku that I sacked collected a useless contract. They said I was going to America,” he said.

“Now, I’ve met someone who is willing to take me to America, and Wale Bouncer from FT entertainment said I would pay N20 billion for damages. Where do you want to see it? You’re a thief.

“It was N3.5 million that I was paid for the show and they want me to pay N2 billion. I even begged that I should pay N12 million and I’ve paid N2 million twice.

Help me, I can’t pay anymore. There’s nothing that will happen, let’s meet in court.”

Davido to marry Chioma next year