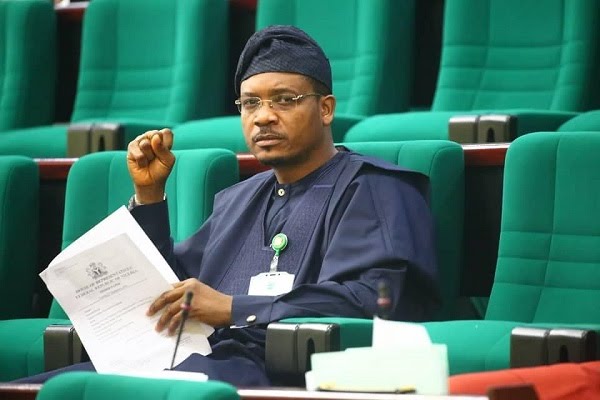 Shina Peller, a member of the house of representatives, says the motive of the bill seeking to scrap the Nigeria Security and Civil Defence Corps (NSCDC) was misunderstood.

Peller, who represents Iseyin/Itesiwaju/Kajola/Iwajowa federal constituency in Oyo state, sponsored the bill which has passed first reading at the house of representatives.

The NSCDC had in a letter, dated February 2, 2022, ordered the withdrawal of officers attached to Peller after the bill became public knowledge.

The withdrawn officers were later reinstated after the agency said the letter was sent “without clearance”.

In a statement issued on Saturday, the lawmaker explained that the bill seeks to merge the agency with the Nigeria police force “to achieve better results in policing”.

“Recall that the NSCDC was established by statute in the year 2003 to exist and operate as an ancillary force, assisting the Nigeria police force (NPF) in maintaining public order, engaging with civilian populations in times of emergency, and other such adjunct functions.

“The creation of the Corps was supposed to free officers and men of the Nigeria police force (NPF) to focus on their core policing operations of protecting lives and ensuring the security of property.

“Since then, the nature of the NSCDC has changed. Rather than exist as, and perform the role of an ancillary force, the NSCDC now includes an armed component and performs policing functions across the country. Predictably, this overlap of functions and jurisdictions has led to increasing conflicts between the NSCDC and the Nigerian Police.

“Nigeria is faced with an unprecedented wave of different but overlapping security crisis, therefore, the government and legislature must be aggressively innovative in considering better options for a more effective national security architecture.

“This proposed bill should serve as a trigger to constructive debates and conversations that end with substantive reforms in the best interest of the nation.”