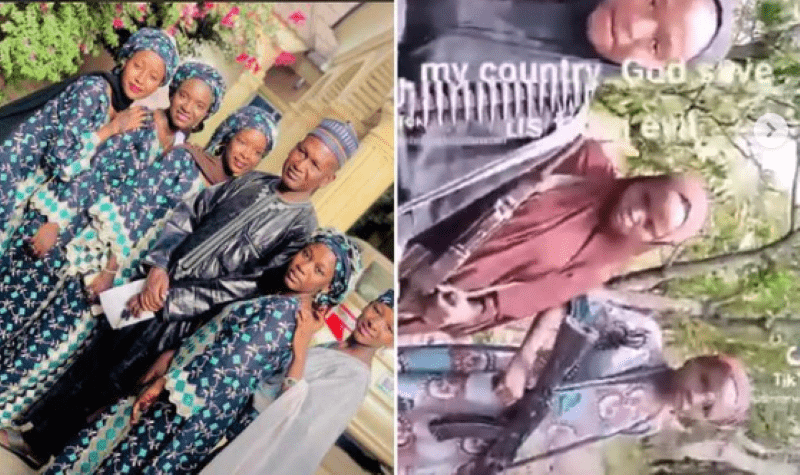 Terrorists have released a video of the abducted daughters of a prominent Zamfara indigene, Abubakar Bello Furfuri.

The attack on the residence of the former Accountant General of the state occurred four months ago.
In the trending video, the captors threatened to marry the girls or force them to become insurgents.
The recording shows four girls standing, bearing arms and ammunition. Three of them wore hijab.

The only one who spoke (Hausa) in tears has been identified in a family photo of her with siblings and father.
The teenager, repeatedly interrupted by one of the bandits, begged for their lives and urged the authorities to act timely.

DAILY POST gathered that the terrorists were refusing to free the captives despite collecting huge money from the family.
The hostages were kidnapped the night of June 5 in Furfuri community under Bungudu Local Government Area.

The locals revealed that around 20 people were taken; at least half of the count were females.
The invaders hurried out of the village before security operatives deployed to the area arrived at the scene.