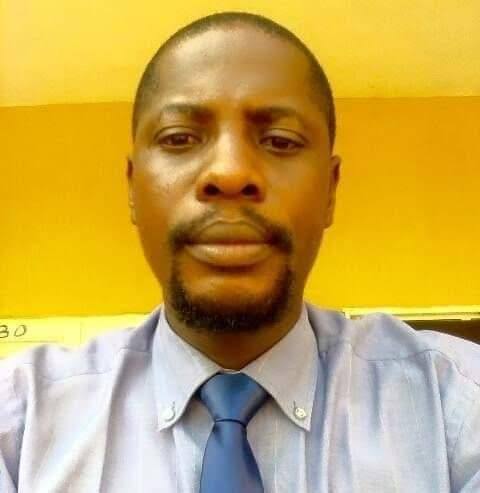 Mr Philip allegedly abused the governor on issues concerning the political wrangling currently rocking the All Progressive Congress in the state.

The APC had been factionalised in the state; while a group is loyal to the governor, the other is loyal to his predecessor and current minister of interior, Rauf Aregbesola.

Until his suspension, Mr Philip taught Physics at Masifa Community Grammar School in the Ejigbo area of the state.

Checks on his social media page showed that he has been critical of the state government, tilting his tent toward the former speaker and the splinter group of the party, The Osun Progressives.

On his Facebook page, he wrote, “Elegbeleye and His Team That Conducted Osun APC Congresses Has Been Appointed to Conduct Osun APC Primary As Usual,” “Iwaloye 2022: Good Morning Progressive Family.”

“Don’t Give A Betrayed Second Term,” “The Battle of 2006-2010 Should Be A Lesson For The Present. Ex/Former As Case May Be Await You Soon! No Retreat; No Surrender,” to mention a few posts.

Earlier, on December 8, the government through the ministry of education had issued a query to the accused teacher to explain why disciplinary actions should not be taken against him over his posts.

In his response, a copy of which we saw, Mr Philip said that he didn’t abuse the governor as he has been a staunch loyalist of the government.

He explained that his posts on social media never disrespected the state government or the governor.

He said, “I was employed as a physics teacher presently at Masifa Community Grammar School, Masifa, where I always discharged my statutory obligations as expected, ranging from teaching of students as schedules on the timetable and all statutory records are updated from time to time and well kept.

“I was one of 14 witnesses that were randomly selected across the state then. The duo of Hon. Oladejo Kazeem and my humble self were the last two witnesses who gave evidence in favour of Mr Governor before the tribunal at Federal High Court, Apo-Abuja.

“Despite my fundamental human right and entitlement to my opinion on social media, none of my postings and comments are neither abusive nor provocative against state Government and Mr Governor.

“I am highly committed to what I am employed for as a physics teacher and I vow to discharge my best to promote sound education in the state.”

But not satisfied with his explanations, the government through the Ministry of Education/Osun West Education District Office suspended him indefinitely.

In his letter of suspension, the government accused the teacher of being “more focused on partisan politics than his teaching duties as a civil servant”.

“Your unpatriotic behaviour, abusive and provocative postings and comments on social media are against the Civil Service rule.

“Unless contacted beforehand, you are not permitted to enter the school premises.”

Contacted, the Special Adviser to the Governor on Education, Jamiu Olawumi, said the teacher was reported by his colleagues over his attitude and “unchecked involvement in politics”.

Mr Olawumi also noted that the embattled teacher was not sacked “but suspended”.

“His case emanated from his colleagues who in their petition expressed worries over his involvement in party activism which they said was affecting his primary assignment—teaching.

“He was queried by the school principal. But the query aggravated his misdemeanour daring nobody could punish him even according to General Order. However, before he would become a bad influence the case was reported to Tutor General who further investigated him and found him culpable.

“He employs uncouth language on the person of Mr Governor without caution with a lot of false claims. We really allowed due process before sending him on suspension. He was not sacked.”