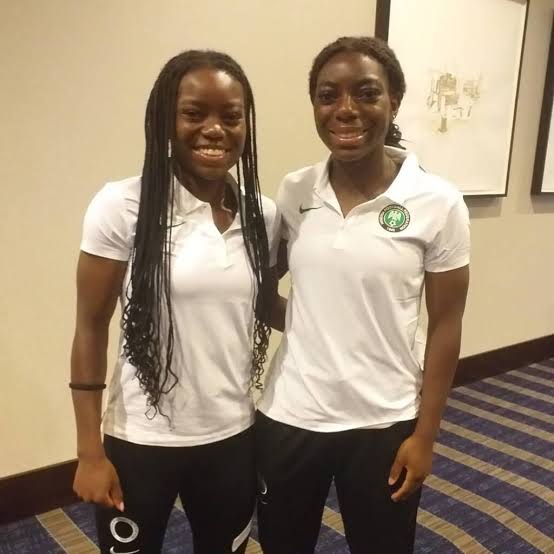 The Liverpool fullback is one of the best in the world, and she believes if she could mirror his style, she would soar to great heights

Super Falcons star Nicole Payne has revealed her admiration for Liverpool star Trent Alexander-Arnold, and she believes that if she could play like him, she would be one of the best in the world.

The 21-year-old, who has two caps for the eleven-time African Champions, made her international debut in a friendly game against Jamaica last year. Coincidentally in that same game, she, alongside her sister Toni Payne became the first sisters to feature in the same game for the Super Falcons.

Payne, who is still trying to make a name for herself, believes that Alexander-Arnold’s style is the best.

“With the position I play, I’ve kind of narrowed it down to outside backs,” Payne told Eagles Tracker.

“I watch a lot of Trent Alexander-Arnold; I just like the way he always gets involved in the game, his balls are always on the dime, it’s something I’ve always admired and wanted to be able to do

The West Virginia Mountaineers star beat Ivory Coast in the final round of qualifiers for the 2022 Africa Women’s Cup of Nations. However, she failed to make an appearance for the eleven-time Champions.