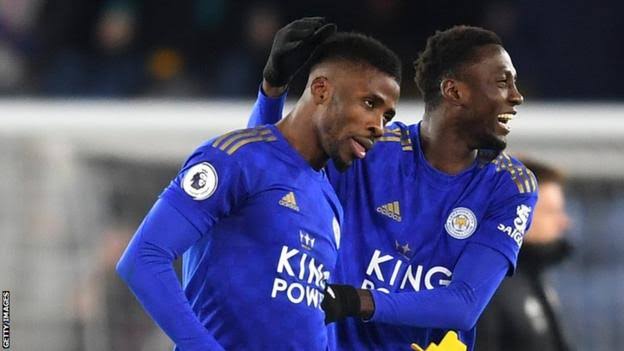 The Nigerian trio scored beautiful goals for the Foxes last month, and they have been recognised for their performances

Super Eagles trio Wilfred Ndidi, Kelechi Iheanacho, and Ademola Lookman have been nominated for Leicester City’s goal of the month for February.

The Foxes had a topsy-turvy February, losing three of their six games. However, their Nigerian stars still put up decent performances, as Ndidi, Iheanacho, and Lookman all scored once within the month.

Ndidi scored against Randers in the Europa conference League, Iheanacho struck against Nottingham in the FA Cup, and Super Eagles recruit Lookman scored against Wolverhampton Wanderers.

Leicester City have now nominated all three of their strikes for the goal of the month.

They would jostle for the award alongside teammates James Maddison and Ricardo Pereira. They would also have competition from Tawanda Maswanhise, who plays in the Under-23 team, and Freya Gregory from the female team.

The winner will be decided next Monday.