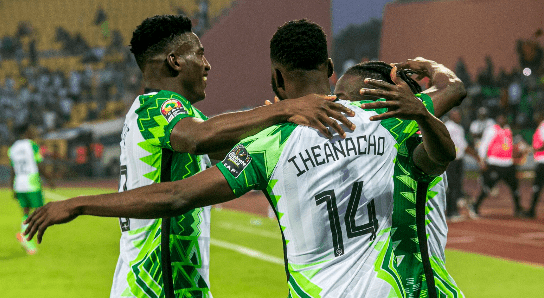 German Bundesliga side Wolfsburg were keen to open the purse and shell out a few million to sign Nigerian forward Taiwo Awoniyi during the January transfer window, according to a report by Kicker as per Neunzig Plus.

But Awoniyi turned down the offer to team up with the Wolves after deciding he was not interested in leaving Union Berlin just yet.

Awoniyi completed a permanent switch to the Berlin-based club last summer from Liverpool for a club-record transfer fee close to €7 million. The Nigerian striker had made a positive impression with the Iron Ones during his time on loan with them in the previous campaign.

A few clubs, including Wolfsburg, reportedly tried to sign the then-Liverpool player at the time before he decided for Union, having been convinced he had found a home and family in Berlin.

And it has been an inspired transfer for Awoniyi as he has scored 15 goals for Union Berlin in all competitions, and in the process becoming the club’s all-time highest goalscorer in the Bundesliga.

But while Awoniyi was flying with Urs Fischer’s men, Wolfsburg were struggling in the lower rungs of the league table, with their attack among the least prolific in the elite division.

And in January, the 2009 Bundesliga winners reportedly approached Union with offers for their two leading goal scorers – German attacker Max Kruse and Awoniyi.

However, while 33-year-old Kruse opted for a €5 million switch to the Volkswagen-owned club, Awoniyi stopped Union from negotiating with the Wolves.

Awoniyi may not be happy with the departure of his strike partner, but the Super Eagles star got over his disappointment at the weekend when he netted in his side’s 3-1 defeat of Mainz to halt a mini-goal drought.