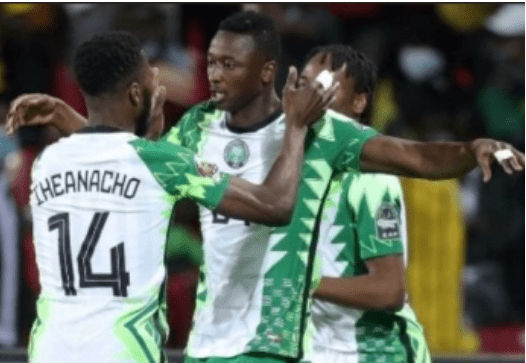 Four rounds of matches were played in the Spanish second-tier in February, with a Nigerian international forward excelling in all

Super Eagles striker Umar Sadiq has been nominated for the Player of the Month award for February in the Spanish La Liga Smartbank.

Sadiq makes the top three list that also has Eibar’s Jose Corpas and Huesca’s Jaime Seoane, but the big forward is the massive favourite to land the award following his brilliant performances in the month under review.

Nominees for #LaLigaSmartBank #POTM for February…

Vote for your #MVP below!

On his return from a not-too-impressive outing for Nigeria at the 2021 Africa Cup of Nations in Cameroon, Sadiq has been the star of the show in the Spanish Segunda Division.

The 25-year-old scored in each of Almeria’s games, hitting the target five times as the Rojiblancos claimed maximum points in all their four matches.

Sadiq scored in the 2-0 win over UD Ibiza, netted the winner at Malaga, and bagged the winning brace in the 2-1 victory over CD Mirandes.

The Nigerian international was on target again at the weekend as Almeria triumphed 3-1 over Fuenlabrada.

Recall that Almeria only secured one point out of a possible fifteen when Sadiq was away at the Afcon.