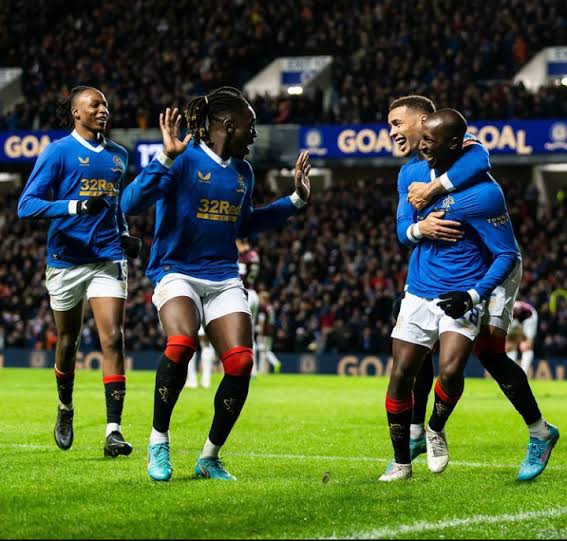 The Nigeria international has been a shining light for the Rangers this season, but he could miss out on the Gers’ quarterfinal clash at Dundee

Super Eagles midfielder Joe Aribo is in a race against time to reach full fitness ahead of Rangers’ quarterfinal clash against Dundee FC on Sunday.

The 25-year-old was hauled off fifteen minutes from time in the Gers’ 3-0 victory over Red Star Belgrade in the UEFA Europa League after he indicated that he was having some discomfort.

Rangers travel to Dens Park to trade tackles with Dundee FC for a place in the semifinals of the Scottish Cup. And ahead of the crucial clash at Dens Park, Rangers boss Giovanni has revealed that Aribo has to pass a late fitness test before he is cleared to play.

“Physically it was a tough match last night(Thursday), we have a couple of concerns with Lundstram’s ankle, and we have to assess Aribo also before Sunday,” Van Bronckhorst said in a presser as per football Scotland

The former Charlton man has been a shining light for the Gers this season; he has seven goals and eight assists in 43 appearances to his name.