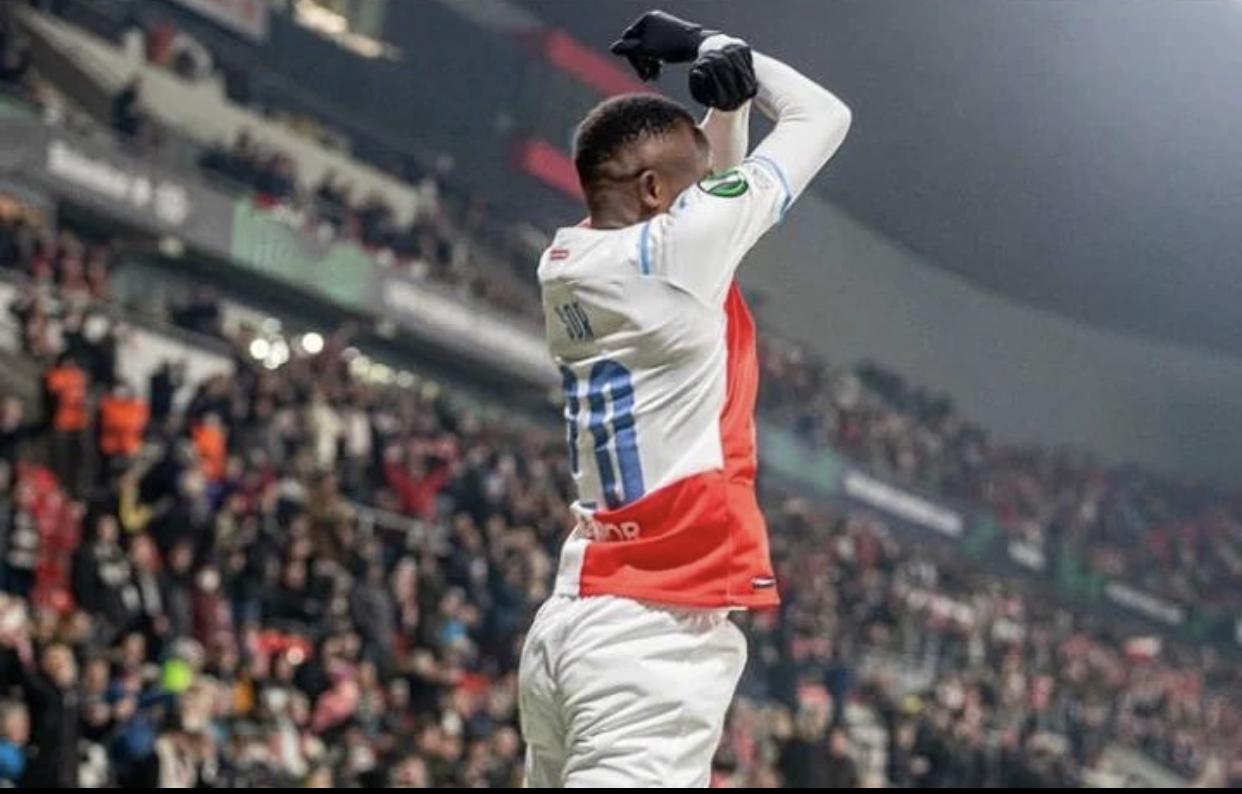 Nigerian attacker, Yira Sor scored a brace as Slavia Prague built a comfortable lead over LASK in the first leg of their Europa Conference League round of 16 tie.

The 21-year old former 36 Lions attacker proved too hot to handle for the Austrians, scoring as early as the fourth minute.

He doubled the tally on the 29th minute for the Czechs before LASK pulled one back in the 67th minute.

Sor’s Nigerian compatriot and Super Eagles’ Peter Olayinka made it three on the night for Slavia while Ivorian midfielder, Ibrahim Benjamin Traore added the icing on the cake.

Slavia Praha will hope to make the comfortable lead count when they visit Austria for the second leg of the fixture.

One-time Super Eagles invitee, Tobias Lawal was left on the bench for LASK for the encounter as his team faces an uphill task in the second leg.

Sor joined Slavia in January from Banik Ostrava after signing a five-year deal with the club. It was his second ECL game.

Sadiq Umar pumped up ahead of West-African derby against Ghana