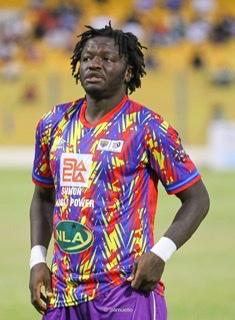 Former Inter Milan and AC Milan midfielder, Sulley Muntari has reacted to requests for him to be invited to the national team ahead of Ghana’s World Cup qualifying game against Nigeria.

Muntari, who currently plays for Accra Hearts of Oak in the Ghanaian Premier League told Star Times Ghana that he’s not sure of the decision but “time will tell.”

A recall for Muntari has gone round the Ghanaian Press in the past few days with certain big names in the West African country’s football also calling for a callup for Kevin Prince Boateng.

Ghana’s coach Otto Addo is expected to name a squad for the game against Nigeria on Thursday with early feelers suggesting a number of new faces to the squad, some of whom are Ghanaian players currently playing in Europe.

The Black Stars will host the Super Eagles of Nigeria in the first leg of the World Cup playoffs at the Cape Coast Stadium which Soccernet revealed was not in a good shape.

The second leg of the encounter will be held at the Moshood Abiola National Stadium, Abuja on the 29th of March.