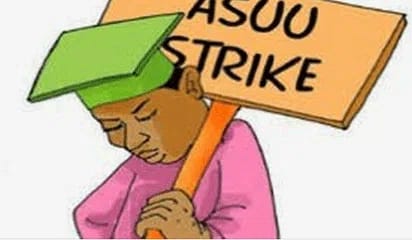 The Vice Chancellor of the Plateau State University, Professor Yohana Izam, has said that the management of the institution was working with the state government to address the demands of the Academic Staff Union of Universities and other Union’s in the University.

Members of the Institution’s branch of ASUU had last Monday embarked on an indefinite strike which paralysed academics.

Two days after, members of the Senior Staff Association in the University also embarked on indefinite strike while other Union’s had threatened to commence their own strike as well.

The unions had accused the state government of neglect and failing to honour the agreement it reached with them which borders on their welfare including the non-payment of earned allowances, hazard allowances and other entitlements

But speaking in Jos on Thursday at a Media Forum for Chief Executives of agencies organised by the Correspondents Chapel of the Nigeria Union of Journalists, the Vice Chancellor said that the situation at the Plateau State University was not as bad as was being painted in some quarters

He noted that the demands of the University workers bordered on accumulated arrears, pointing out that since he can onboard in 2018, the University under his leadership had done a lot to offset some of the demands while efforts were being made to address the remaining ones

He said, “I have not seen where any government in Nigeria has been able to liquidate all the allowances but will only do their best within the available resources. In Plateau State University, we are talking about eight sessions of accumulated allowances but I can tell you that between 2018 when I came on board as VC till date, the University management with the support of the state government has been able to defray that of three sessions. We are also working to settle the outstanding arrears as soon as resources are available because the government has made a commitment to that effect.”

According to the Vice Chancellor, government had also increased the subventions to the University beginning from this year “to a level where moving forward, there won’t be further accumulation of arrears on the allowances as the allowances have been mainstreamed into the salaries of staff.

The Vice Chancellor further disclosed that the State Governor had approved the recruitment of new workers to increase the manpower needs of the state University.

He added, “We are on the same page with the Visitor to the University (Governor) on the need to expand the faculties that we have and that is why he has given approval for the recruitment of more staff in view of the new faculties which are Faculties of Education, Law, Environmental Science and that of Health Science.”