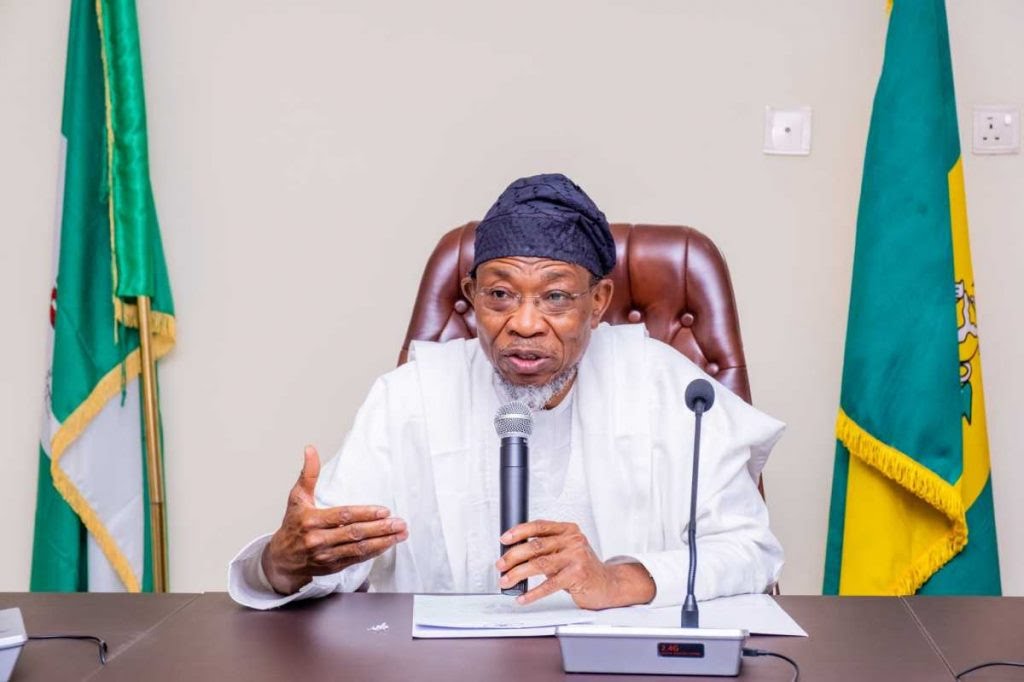 The Minister of Interior, Ogbeni Rauf Aregbesola, has advised Nigeriansto stop patronizing touts either in uniforms or in civilian clothing at passport offices, saying that the only way to apply for passport is online.

Ogbeni Aregbesola made the remarks when he paid a visit to the Alausa Passport Office of the Nigerian Immigration Service (NIS) in Ikeja, Lagos State.
Advising Nigerians, Aregbesola said:
“I reiterated that applicants must stop patronizing touts either in uniforms or in civilian clothing. The only way for you to apply for your passport is online.

“The attempt to get passport on-the-go and boycott the standardized collection timeline of three weeks for reissue and six weeks for fresh application after capturing, which is the main reason many patronize touts, will only end up in disappointment.
“Our appointment-based system for capturing applicants’ data and standardized passport collection procedure has made nonsense of promise by touts to deliver passports to applicants who patronize them.

“Patronizing them is encouraging racketeering!
“I informed the officers on duty that they are servants of the people and this must be reflected in their attitude at work and the way they relate with passport applicants.

“As such, they should avoid creating false gridlock that frustrates and exasperates the people,” he added.

I’m Not Leaving Anything For Anyone To Inherit – Buhari