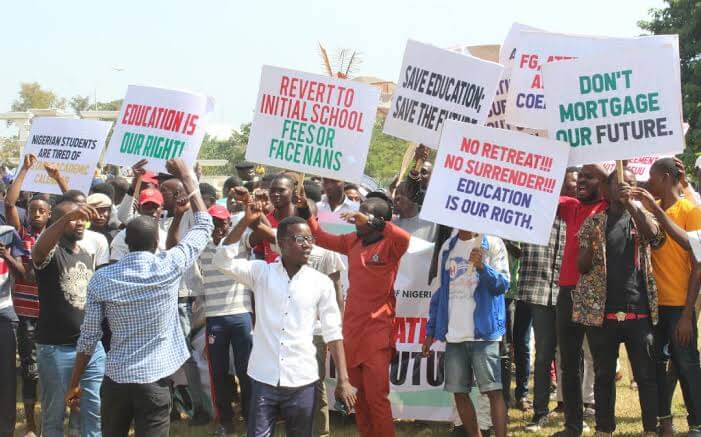 The South-West Zone Secretariat of the National Association of Nigerian Students (NANS) has dissociated itself from the suit filed by one Umar Farouk against some ministers and striking Academic Staff Union of universities.

A statement signed by five executive members of the association and made available to The Guardian in Ibadan, yesterday, by the Co-ordinator, Olatunji Adegboye, emphasised that the ASUU was on a genuine cause of public interest.

In the statement, titled ‘’NANS sues ASUU and Federal Government: Our Stance,’’ the students declared the move as lacking merit and reasoning.

They said that Farouk is not the President of NANS and neither does he have the right nor power to sue on behalf of the association.