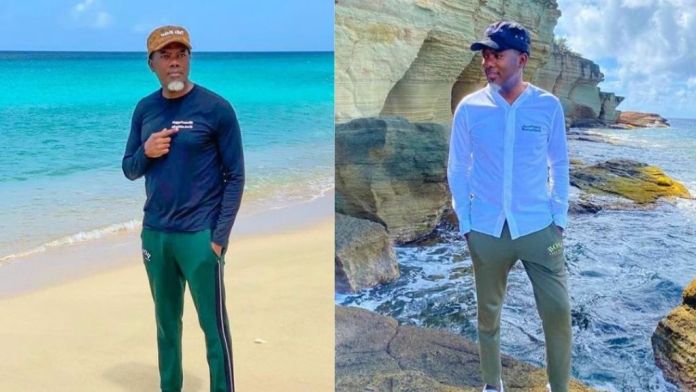 Former presidential aide, Reno Omokri in a post on social media  advise single men ahead of the new year.

Omokri stated that some negative things that happen to them can be traced to their sexual relations with ‘urgent 2k girls’ who also sleep with other guys. According to him, sleeping with such girls makes them ‘one flesh’ with her.

Speaking further, he advised men not to commit fornication in 2022 and also desist from giving ladies money, but instead give to their parents as this would make God bless them.

Some negative things that occur to you are traceable to urgent 2k girls, who co-mingle with you, then with other guys, who might be Yahoo plus. Fornication makes you one flesh with her. If your libido is high, go and marry. Don’t go and fornicate.

“If you found it difficult to make a breakthrough in life in 2021, try this and thank me later: For the first six months of 2022, don’t give a dime to any girl. Instead, sow a seed to your parents. If God does not bless you, then I am not called!” 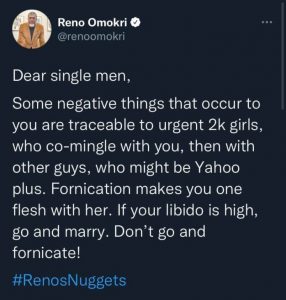