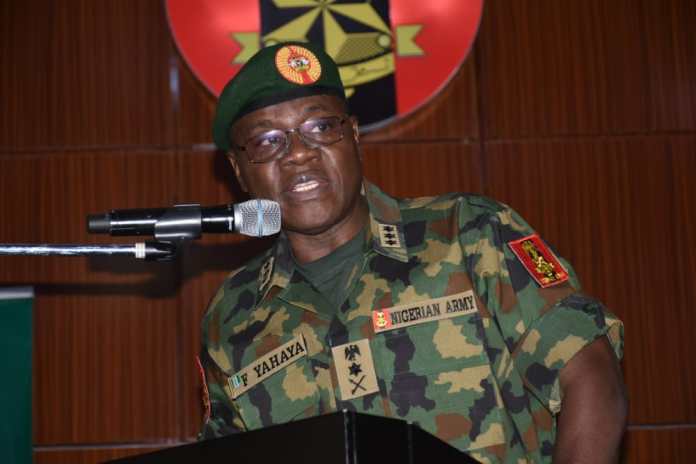 Several soldiers and officers of the Nigerian army say they are yet to get paid their January salaries.

There have been reports of soldiers being owed salaries, but the Nigerian army dismissed the claims.

“It is, therefore, instructive to state that for the month of January, all salaries and allowances have been paid,” he said.

But some soldiers and officers across different divisions told TheCable on Saturday that they were yet to get their January pay.

“Why is the authority not saying the truth? I am yet to receive my January salary, and that’s the truth,” a senior officer at the army’s division 2 in Ibadan told TheCable.

“It’s a sad situation that I have had to borrow money to keep the family in the last weeks. You know how January could be sometimes.”

Another soldier at the army‘s 1 division in Kaduna said, “nobody in the division has seen January salary”.

“Maybe new soldiers from ‘21 NA are the ones that have been paid, but everyone one else is still hoping,” he said.

The situation was the same with soldiers who spoke with TheCable from the army’s division 3 in Jos.

“Army has not paid us a dime since this year began,” a soldier said.

“Soldiers are tired. After working our heads off, there’s nothing to show for it. We’ve not been in high spirits here.”

Some of the soldiers alleged that since the new army chief came on board, their salary payment has always been delayed.

“Depending on the CoAS, sometimes we get paid on the 25th, sometimes on the 30th. We don’t have a specific payday, but with this current CoAS, payment comes the following month,” another soldier said.

The soldiers said whenever they complain, the authorities blame the Integrated Personnel and Payroll System (IPPS) — a centralised payroll platform introduced by the federal government.

When TheCable reached out to Nwachukwu for further clarification on the matter, he said the salary payment delay “may be attributable to the inability of their banks to expeditiously credit their accounts”.

He said: “I’m assuring you that January salary has been disbursed and I do have personnel working with me who have confirmed to me that they have been paid their salary.

“If any personnel is yet to receive it, then it may be attributable to the inability of their banks to expeditiously credit their accounts.

“The current leadership of the Nigerian army is very mindful of the paramount importance of personnel’s welfare and ensures that their salaries and allowances are paid when due.”