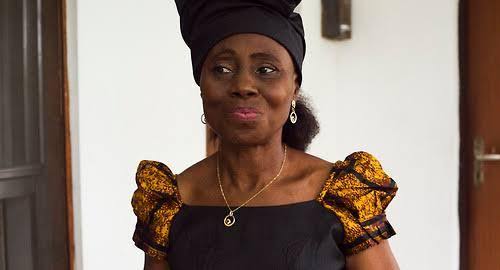 The Nigerian film industry has been thrown into serious mourning with the death of another veteran actress, Sola Onayiga.

This is coming after Newsupdates247 had reported about the death of Ada Ameh, a Nollywood actress who reportedly collapsed and died when she visited an oil company toyshop in Delta State with her family.

Meanwhile, Sola before her demise, was known for her role as Ireti aka Cooking Practicals in the defunct television sitcom, Checkmate.

Also, the gap-tooth actress was famed as a lead actress in Fuji House of Commotion, a Nigerian sitcom produced and directed by Amaka Igwe. The show was a spin-off of 90s soap opera, Checkmate.