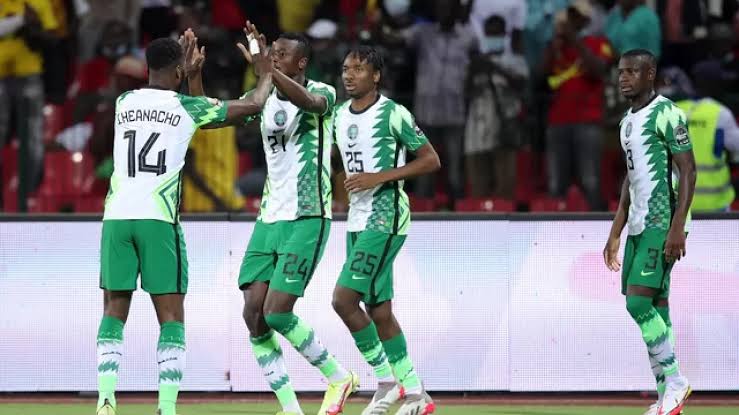 Super Eagles attacker, Umar Sadiq is all over the Spanish media as interests from Sevilla intensify.

Some sections of the Spanish media have also mentioned Barcelona and Newcastle as some of the potential suitors for the 25-year old lanky attacker.

The Super Eagles attacker’s return from the African Cup of Nations has energised UD Almeria’s pursuit of the Liga Smartbank title, and ultimately a promotion to the La Liga. His absence from the team in January saw the team fall to second place on the log but his form has come just in time for the business end of the season.

Reports from Spain suggest Sevilla’s Director, Monchi to be a big fan of the former Partizan Belgrade attacker. Several discussions have been held amongst the parties involved with Almeria expected to hold out for at least €20m to part with Sadiq.

Monchi’s pursuit of Sadiq has been well observed in Spain as his ability to score and assist almost at equal propensity has caught the eye.

Sevilla manager, Julen Lopetegui is also believed to be inclined with working with the Nigerian as his attributes are different from what the club currently parades.

After a failed move during the winter transfer window, Sevilla are set to go in again to test Almeria’s resolve.

A €60m buyout clause is on Sadiq’s head but a lower but significant amount is expected to convince the Andalusian club to dance.

Sadiq has scored 13 goals and 9 assists in 24 Liga Smartbank games this season and will face Zaragoza next in the league.

Almeria currently sit second in the La Liga 2, one point behind Eibar on the summit. Sadiq has powered the team to four wins in their last five games and has scored five goals in his last four games since his return from the AFCON with the Super Eagles.

He scored one goal at the AFCON and showed glimpses of some of his strengths and weaknesses.