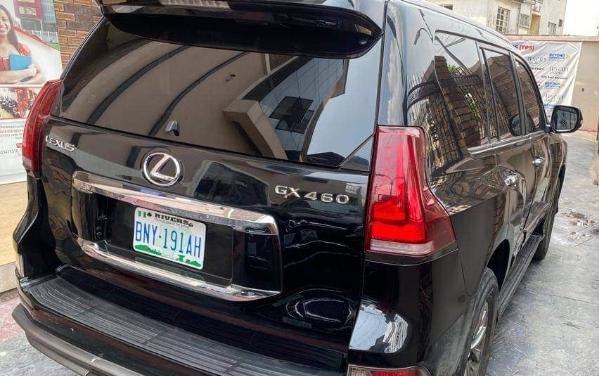 The incident according to report occurred on last week when the lawmaker was returning back to Uyo, the Akwa-Ibom State capital from her campaign tours.
The death of the couple triggered protests by angry youths of Akon-Itam community in Itu Local Government Area.

Senator Iyakenyi is the Peoples Democratic Party (PDP) Deputy Governorship candidate and running mate to Pastor Umo Eno, the party’s flag-bearer in the forthcoming elections in 2023.
One of the irate youths, Utibe Inyang, explained that the convoy rammed into the couple on a motorcycle while trying to navigate the ever-busy highway connecting the neighbouring Calabar, Cross River State.

He said the youths were angry because the Senator gave a ‘paltry’ sum of N2 million to the family of the late couple.
The husband and wife killed by her convoy died and left behind three young children, so the pains we are still feeling now is because of the disdainful attitude demonstrated by the Deputy Governorship candidate without considering how these young orphans would be trained and developed without their parents,” Inyang said.

Meanwhile, a statement by Samuel Duncan, the media aide to the Senator gave a different version of the story.
Duncan claimed that the killer of the couple was “a hit-and-run driver in a Toyota Sienna”.
The statement reads, “We have been inundated with calls and concerns from friends, colleagues, associates, supporters, and well-wishers over the safety of the Senator representing Akwa Ibom South District and PDP Deputy Governorship Candidate, SenatorAkon Eyakenyi, following reports of an accident that occurred December 23, 2022, around the Obong-Itam stretch of the Calabar-Itu Highway, and hereby declare that the Distinguished Senator is safe, hale and hearty.

“Senator Eyakenyi was on her way to represent the PDP Governorship Candidate, Pst. Umo Eno at an event in Uruan LGA, when a hit-and-run driver in a Toyota Sienna ran into a motorbike conveying a lady at an intersection, throwing both the rider and passenger into the right of way of the vehicle that conveyed the Senator.

The unprovoked attack on the Senator’s vehicle as shown in some sections of the media was only perpetuated by people seeking to make political capital from the unfortunate situation as eyewitnesses battled in vain to absolve the convoy of any wrongdoing in the incidence [sic], even as Senator Eyakenyi stood by to rein-in her security aides from getting confrontational with the irate mob.

“Our office has reported the incident to the Police, hoping the hit and run driver is identified, while restating commitment to helping the Police establish closure on the matter.
“We hereby commiserate families of victims of the unfortunate occurrence and frown at every attempt at politicizing the avoidable spill.”