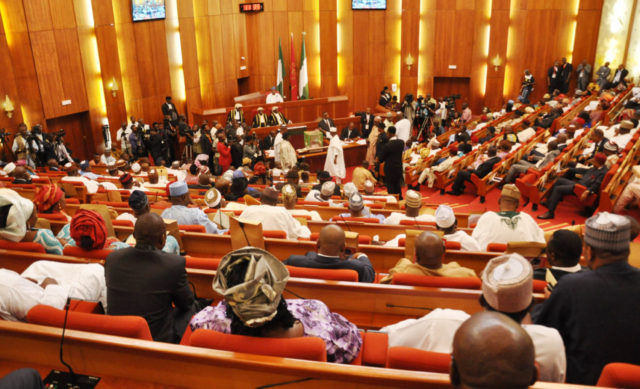 The Senate has approved the establishment of six new campuses of the Nigerian Law School across the six geo-political zones of the country.

The newly approved law schools, in addition to the seven existing ones, bring the total number of law schools in the country to thirteen, excluding that of the Federal Capital Territory.

The approval of the new law schools followed the consideration of a report by the Judiciary, Human Rights and Legal Matters on the Legal Education Act (Amendment) Bill, 2021.

The bill was sponsored by Senator Smart Adeyemi (Kogi West).

Chairman of the Committee on Judiciary, Human Rights and Legal Matters, Senator Opeyemi Bamidele, said the creation of the six law schools was a legislative intervention to address “the exponential increase in the number of law graduates from our universities an foreign ones, coupled with the backlog that existed over the years.”

According to the lawmaker, “existing campuses are overstretched and the infrastructures are not enough to accommodate thousands of law students graduating from the universities.”

He observed that the United States of America with a population of over 350 million people has about 237 law schools.

The lawmaker noted that some countries such as Canada and Australia, with far lesser population than Nigeria, have 24 and 38 law schools for a population of about 38 million and 26 million people, respectively.

He explained that the provision for additional campuses in the six geopolitical zones of the federation was appropriate as it does not tamper with the seven existing campuses established by administrative responsibilities of the Council of Legal Education.

Bamidele, therefore, advised the Federal Government to, as a matter of priority, provide adequate resources for the funding of the Infrastructural needs of the law campuses across the country.

No Going Back On Strike, Buhari’s Promise Has No Weight ― UNILAG ASUU

​FG Has Pushed Us To The Wall, We’ll Now Fight Back ― UI ASUU