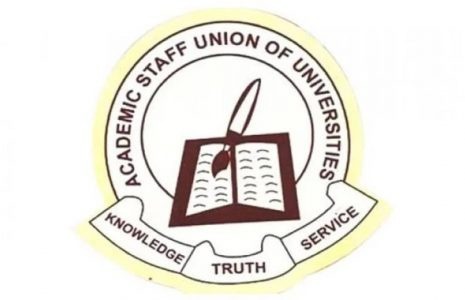 The Committee of Pro-Chancellors of State-Owned Universities in Nigeria (COPSUN) has advised the Academic Staff Union of Universities (ASUU) to adopt fresh tactics in resolving misunderstandings with the Federal Government, noting that the incessant Strikes were not potent solution to industrial problems.

Rising from its sixth biennial conference at Osun State University, Osogbo, holding from March 21 to 25, the administrators reviewed the state of university education in the country, proffering a way forward.

COPSUN urged the ASUU leadership to seek alternative ways of venting grievances, adding that it had been troubled by the ongoing Strikes and the consequences it poses to the already traumatised institutions of higher learning in the country.

A communiqué issued yesterday and signed by the body’s Chairman, Mallam Yusuf Alli (SAN), stressed the need for strict regulation and control, and if possible, a moratorium on the establishment of private universities in Nigeria.

It argued that the private universities, totaling 99, have not added much value to the enrolment of students or access to university education.

Alli noted that lack of funding had caused state-owned universities several setbacks in achieving their missions and visions.
He decried the establishment of more state universities when the existing ones are not properly funded.

The senior lawyer submitted that autonomy was crucial to state-owned universities’ smooth running and governance, calling on the governors to accord full independence to pro-chancellors to run the institution in line with global standards.

He said if the recommendations are implemented, universities would develop, operate in tandem with international best practices, witness patronage from foreign students and promote global solutions to local problems.

The document reads in part: “Troubled by the current strikes action by ASUU and the consequences for the prospects of the already traumatised institutions of higher learning in the country, COPSUN restates its long-standing position that strikes cannot be a solution to industrial problems. It is high time ASUU sought alternative ways of venting grievances and demonstrating that lecturers are equal stakeholders in the Nigerian project.”

According to Alli, “there is need to recognise that both COPSUN and ASUU are partners in progress with similar goals, even if there may be divergence in the strategies adopted to achieve the same objective of developing the university system in Nigeria.”

He continued: “In the same vein, the Federal Government needs to do more to reassure ASUU/lecturers of its commitment to fulfilling agreements voluntarily entered into. Since the future of any nation depends on the quality of its education and the recognition accorded it internationally, the current state of our universities leaves much to be desired. Therefore, greater attention should be devoted to improving the fortunes of university education in the country.”

READ MORE   Our certificate not for sale —Pro-Chancellor, Achievers Varsity

IN another development, the National Commission for Colleges of Education (NCCE) has faulted the long duration graduates of Nigeria Certificate in Education (NCE) spend in the universities to obtain Bachelor’s Degree in Education.

It decried the poor enrolment in colleges of education for the NCE programme, as well as low capacity of the existing ones in the country.

The Executive Secretary, Prof. Paulinus Chijioke, bared his mind at a two-day national summit on the future of NCE programme in Nigeria, organised by the NCCE in Abuja. He explained that the foundation of education ladder “is laid on the quality of teaching and learning at the basic education level.”

The Minister of Education, Mallam Adamu Adamu, represented by the Acting Permanent Secretary, David Gender, pointed out that the quality of human development in any nation “is dependent on the quality of its teachers through whom government policies are interpreted and implemented.”