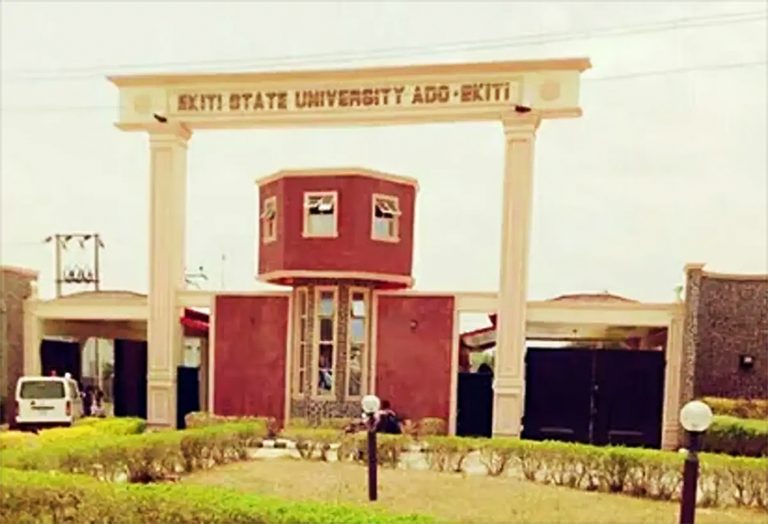 The management of the Ekiti State University, Ado Ekiti, has reacted to a story captioned ‘EKSU students cry out as varsity voids over N10m school fees’, saying the affected students disregarded the university’s procedure for payment of fees and charges.

In a statement, the Head, Directorate of Information & Corporate Affairs at EKSU, Mr Bode Olofinmuagun, explained that as part of control measures, the university leverages e-collection policy for the payment of ALL fees and charges.

“In line with the policy, the procedure for payment of fees and charges was uploaded on the university portal and website,” he said.

According to him, the procedure includes the use of username and personal password associated with each student.

Olofinmuagun stressed that students had been warned against releasing their Username and Password to a third party.

“However, despite the above warning and after thorough investigation, it was discovered that the defrauded students disregarded the policy on procedure for payment, and on their own volition decided to pay their fees for the 2018/2019 academic session into the personal accounts of the fraudsters rather than the university’s designated and profiled bank accounts,” he added.

The EKSU spokesman said during investigation, some of the defrauded students confessed and admitted their mistakes, while some of them had since “made correct and genuine payments into the university’s designated accounts.”

The university, however, said that the perpetrators of the scam were arrested by a law enforcement agency and later released on bail, and assured that it would cooperate with the relevant law enforcement agencies to ensure that those defrauded get their monies refunded.