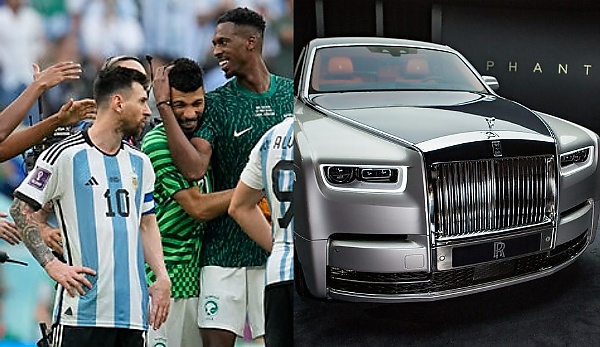 After winning their group match against football giant Argentina at the World Cup in Qatar on Tuesday, all players of the Saudi Arabia team will reportedly be rewarded with a Rolls Royce.

According to Yahoo News, the reward is courtesy of Saudi Arabian Prince Mohammed bin Salman Al Saud, who will be gifting them a Rolls Royce Phantom each.
The Saudi team came from behind to beat Argentina 2-1 in what some are calling the biggest upset in Fifa World Cup history.

After the win, Saudi Arabia’s King Salman declared a public holiday in the country to mark the national team’s spectacular performance.

The team now tops Group C with three points. They will next meet Poland on Saturday.