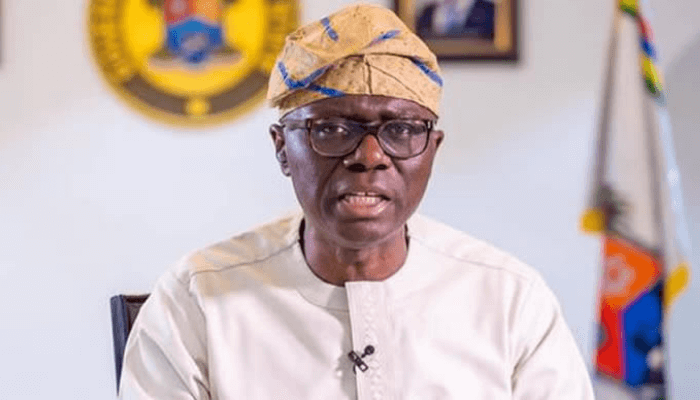 Lagos State Governor, Mr Babajide Sanwo-Olu, has approved an increment by 100 per cent of the annual bursary allowance payable to indigenes of the state who are studying in any tertiary institutions nationwide.

The Executive Secretary, Lagos State Scholarship Board, Mr AbdulRahaman Lekki, made this known in a statement made available to newsmen by the Head of Public Affairs unit of the Office of Special Adviser to the State Governor on Education, Mr Adesoye Oyelami, on Sunday.

He said the announcement was communicated to students during a meeting of the board with the leadership of the Lagos State chapter of the National Association of Nigerian Students (NANS) and the National Union of Lagos State Students (NULASS) at the government secretariat at Alausa, Ikeja.

He said the increment which he did not mention in monetary value would take effect from the 2022/ 2023 academic session.

He said the government took the decision to cushion the effect of the financial hardship many students face in schools due to the increasing cost of living in the country.

Lekki also disclosed that the state government had approved at the just concluded State Economic Summit known as “Ehingbeti Summit’’ the establishment of the Lagos Diaspora Scholarship Funds.

He said the special fund is aimed at supporting the education of all Lagos State resident students in any tertiary institution anywhere in the country.

Lekki, however, appealed to the deserving students who are yet to receive their own 2020/ 2021 and 2021/2022 bursary/scholarship benefits to exercise a little patience, saying the delay was due to the ongoing verification exercise to ensure that only the targeted students benefit from the scheme.

He explained that the scholarship board had already discovered through the ongoing verification exercise that some people, who were not students or already left schools were still benefiting from the scheme.

He said the state government would want to ensure that only the qualified students enjoy the bursary and scholarships henceforth.

He, therefore, ensured that once the exercise is completed, payment of both bursary and scholarship benefits for the outstanding years would commence immediately and the subsequent payment would come as and at when due.

Lekki further revealed that the board would conduct an assessment test for fresh applicants under the 2022/23 scholarship scheme on the 29th of October, noting that those concerns had been communicated already.

He, however, said the state government had no plan to stop the scheme as some people had insinuated, but rather improve on it.

He noted that bursaries and scholarships are always being provided for in the state annual budgets and therefore no reason to stop the scheme.

In their response, the leadership of the two students bodies, Olusesi Tolulope (NANS) and Shasanya Akinola ( NULASS) thanked the state government for the gesture, saying it would go a long way to reduce the financial burden on them and their parents.

They, however, dispelled the rumours making rounds that their members had planned to barricade the Third Mainland Bridge on Monday as a protest for the delay in the disbursement of the outstanding bursaries, saying there was no such a plan by both unions.

They said they were not in doubt of the current administration doing the needful on the subject matter.