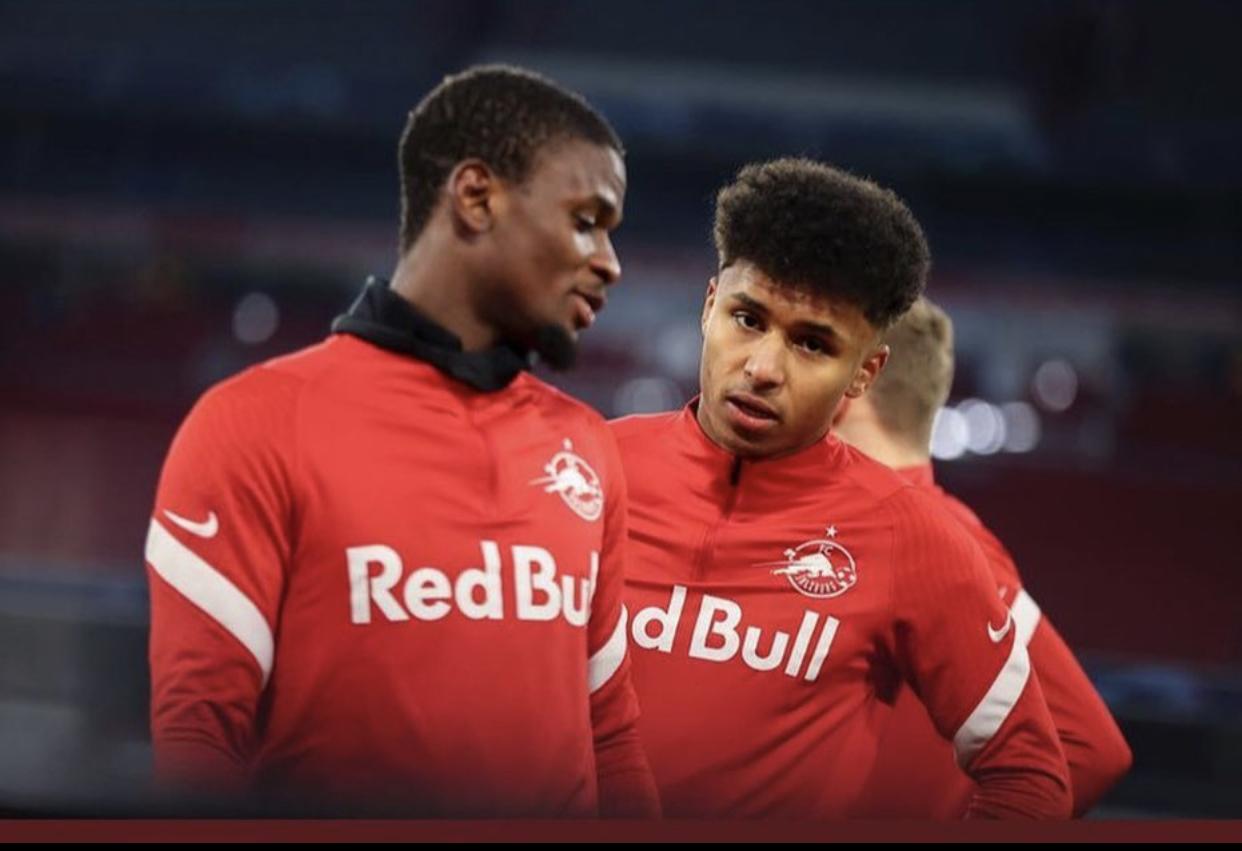 Samson Tijani was left with mixed emotions on Tuesday night as he made his debut at the highest level of European club football, but also suffered a massacre.

Red Bull Salzburg were taken to the cleaners at the Allianz Arena in the second leg clash of the Round of 16 fixture of the UEFA Champions League.

Bayern Munich came straight out of the blocks in the game and annihilated the Austrian giants early on, to take the game beyond them and establish a clear line of quality.

The Bavarians were 3-0 up in 23 minutes courtesy of Robert Lewandowski as a mixture of shoddy defending from the Austrians and an imposing attack from the Germans ensured the game was wrapped up before the half-hour mark. The Polish attacker converted two penalties in twenty-one minutes to give Bayern an unassailable lead.

Serge Gnabry drilled more nails into Salzburg’s coffin on the 31st minute as he grabbed a fourth.

Thomas Muller’s double in the 54th and 83rd minute ensured the Austrians were roundly beaten and embarrassed out of their highest point in the Champions League.

Former Manchester City winger, Leroy Sane made it seven on the 87th minute to put the score at an aggregate of 8-2.

Tijani, a former Nigerian U-17 captain and one-cap Super Eagles player came on for Malian Mohammed Camara in the 67th minute to make his Champions League debut.

He’s the first player from his group to play at the highest level of European football and is considered one of the midfielders to look forward to in the Super Eagles.