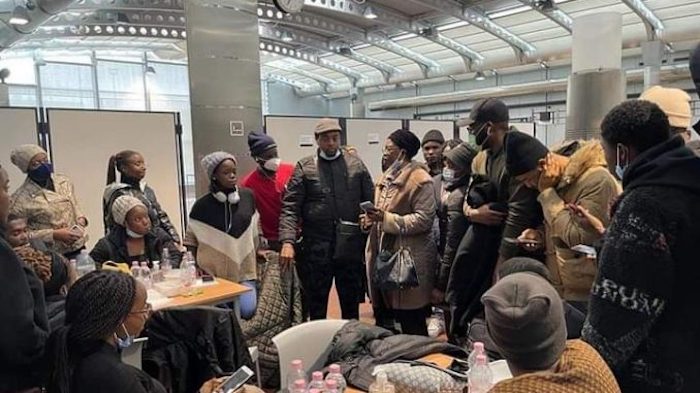 The contingent of Nigerians fleeing from Ukraine after the invasion by Russia could not leave Poland on Thursday as their flight has been rescheduled.

The flight has since been rescheduled for Friday when they are expected to begin the nine hours journey to Abuja, Nigeria’s capital.

Speaking to journalist on the reason behind the rescheduling of the flight, Ambassador Bolaji Akinyemi, the leader of Nigeria’s delegation to Poland to evacuate the Nigerians, said the airport authority did not allow the flight to board because of reason having to doing with overshooting the time allotted for the flight.

Akinyemi told journalists on Tuesday in Poland that: “The reality is that the flight has been rescheduled for tomorrow, and the main reason is because of delay during the checking in. They had to gather them (evacuees) together from different hotels and by the time they were ready after the check in, the crew that had been waiting since 9am had overshot the time allotted to them because they have a duty hour which is allocated to them.

“They had waited from 9-2pm and that means they had already waited five hours and they were going to embark on a nine-hour flight and that was already more than what is the standard.”

He added that: “The authority of the airport said they won’t allow us to board, this is the reality, so we had to come down.

“Arrangement have been made to ensure that we all stay together in the same hotel and we leave very early tomorrow; 4am we hit the bus and then we can join the flight.”