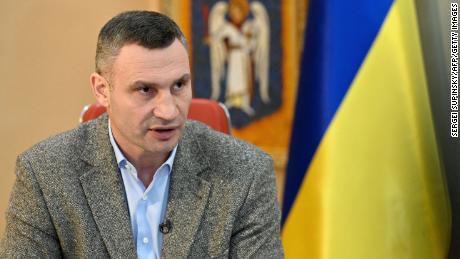 Retired Ukrainian boxer and world heavyweight champion, Vitali Klitschko has announced plans and preparation to fight for his country against Russia following their attack sanctioned by Vladimir Putin.

The President of Russia, Vladimir Putin declared war on Ukraine and warned the US and allies in the west not to interfere else they will face severe consequences.

Klitschko who is the mayor of the capital city Kyiv, spoke to ITV in an interview and he pledged to lay his life down for his country as he joins the army in fighting the Russian troops.

Klitschko said Ukrainians have garnered weapons and were “soldiers ready to defend their city.”

When Klitschko was asked if he would join forces with the Ukrainians to fight the Russians, he said it was an obligation for himself.

“I don’t have another choice. I have to do that… I will be fighting.