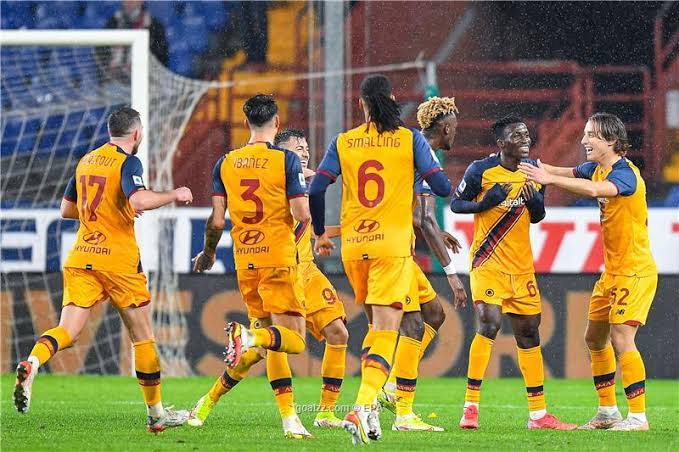 With the shortage of attacking talents for the Black Stars, the Roma lad could finally answer Ghana’s calls as he’s on his way to make a first senior appearance for Ghana

Roma attacker Felix Afena-Gyan could be part of the Ghanaian squad that would trade tackles with Nigeria in the crucial Qatar 2022 qualifiers later in March.

The Black Stars lock horns with the Super Eagles in a doubleheader scheduled for the 25th and 29th of March. However, while Super Eagles boss Augustine Eguavoen has released his squad list for the West-African derby, Ghanaian coach Otto Addo has submitted his list to the Ghana Football Association. Still, they have opted to keep it close to their chests.

Nonetheless, with the shortage of Ghanaian attacking talents, some players are expected to be part of the team. According to top Ghanaian journalist Thierry Nyann, Roma star Afena-Gyan, and Bristol City attacker Antoine Semenyo have received call ups to the Ghanaian team.